Cinespace Chicago Film Studios in Illinois has revealed more details of its plans to develop an extensive back lot facility. The studio wants to create standing exterior sets for international cityscapes, as well as more generic interior sets such as libraries and police stations. 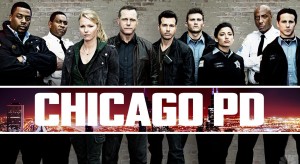 “We’ll just really keep it contained, which is what these productions love, because it saves them money,” Cinespace President Alex Pissios told local outlet DNA Info Chicago: “These are things that, when I go to Los Angeles and meet with the executives, these are great things that other studios do not have to offer.”

The idea is to offer a back lot facility on a scale that is otherwise unavailable outside Los Angeles and it could also be used for studio tours. A few weeks ago Cinespace revealed plans to develop 12 additional sound stages, plus a water tank facility.

Cinespace already hosts TV drama Chicago Fire, which has now spawned spinoff series Chicago PD (above). Both shows are produced by Dick Wolf, who specialises in long-running procedural series, and the TV dramas helped boost location filming figures in Chicago by 20% in 2013.

Detroit is shaping up to be Chicago’s main regional production competitor and has secured the superhero follow-up Batman Vs Superman after hosting Transformers: Age of Extinction in 2013. Major expansion at Cinespace could help draw more productions to Chicago, alongside the 30% location filming incentive already available in Illinois.