The Celtic Group has taken over Raleigh Studios Baton Rouge in southern Louisiana and the filming facility, housed within the Celtic Media Centre, will be known as The Celtic Studios. Fox’s reboot of the Fantastic Four franchise is scheduled to shoot there in the coming months. 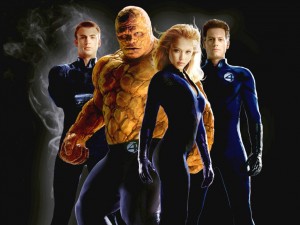 Filmmakers shooting at the Celtic Media Centre have access to eight stages – the two largest of which are 30,800 square feet – and a three-acre back lot facility.

“We thank Raleigh for their years of service and appreciate their participation in helping us establish the Celtic Media Centre as a world-class facility for filmmakers,” said Celtic Group Chairman and CEO Michael O’Connor.

“The Celtic Group looks forward to beginning a new chapter in motion picture production in Louisiana and Mississippi. Celtic Studios will now offer the same level of service and professionalism found on our campus wherever productions might need equipment and assistance throughout our region, and the Celtic Group will continue to connect productions with Louisiana tax credit buyers.”

The Celtic Group looks forward to beginning a new chapter in motion picture production in Louisiana and Mississippi.

Louisiana is one of the top production centres in the US because of its appealing blend of locations, studio facilities and a 30% uncapped filming incentive.

Steve McQueen’s stirring true-life drama 12 Years a Slave shot on location in and around New Orleans and in the coming months the state will host filming for dinosaur sequel Jurassic World and sci-fi follow-up Terminator 5.