Written by Eleisha McNeill on Mar 25, 2014. Posted in Contributors

Eleisha McNeill: Working as a TV fixer on location in New Zealand

Having been a production manager and then reporter for a New Zealand TV show, I spent five years setting up shoots all around my home country, seeing small-town New Zealand and meeting the colourful characters who make this country what it is – a fun, unique, and beautiful place to film.

I ended up with a similar skill set as a TV fixer, but the fixer role here goes by a different name - production co-ordinator. 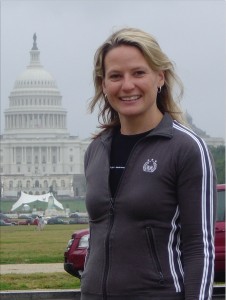 I first worked with fixers when I moved to Toronto, Canada, and worked for eight years as a producer, first for the Canadian Broadcasting Corporation (CBC) and then for high-end production company 90th Parallel Productions. I mainly set up shoots in Canada and USA, but also in Thailand, Nepal, India, Japan, Indonesia, the Middle East, Africa and Europe. I worked with fixers in many of those countries and I myself advised multiple crews heading to New Zealand.

As a producer, I found a fixer essential in many circumstances. If you’re trying to set up a shoot on the other side of the world you can either work all night or you can employ someone in that time zone to do what you can’t in your own working hours. If you’re not familiar with a country, its language or its customs, a fixer is invaluable in sorting out what needs to be done so you can get interviews with the right people and get the shots you need.

In some locations fixers are essential in helping with safety and security analysis and clearances. It’s always much easier to have a local on the ground to help with logistics, and for trouble-shooting the inevitable hiccups that arise.

When my time came to move home to New Zealand, I started working as a fixer and set up NZ Fixer Ltd. Like in the US, work permits are required to film in New Zealand (unless you’re travelling on an Australian passport), and you need to apply well in advance of your travel. By contrast in Canada, news reporters, film and media crews don’t need a work permit to shoot short-term, as long as they’re not planning on entering the Canadian labour market. 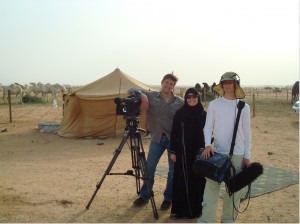 Something I hadn’t come across in my time in North America was the requirement in New Zealand, before a work permit is issued, to have letters of non-objection from the various guilds and unions involved in television and film production. It’s needed for your directors, producers, technical crew and hosts, and there is a cost per crew member. There’s a fairly simple process, but it can take a bit of time to get the forms filled out, so it’s something to be aware of.

Most crews I’ve worked with who are coming here imagine a beautiful, but slightly insular and backward country. And while it’s true that you used to be able to rock on up anywhere in New Zealand with a TV camera and film whatever you wanted to your heart’s content, that’s certainly not the case anymore.

If you’re not familiar with a country, its language or its customs, a fixer is invaluable in sorting out what needs to be done.

Like North America, filming permissions are required in most cities, even for low-impact filming like documentaries. In New Zealand, with single-camera shoots that don’t require any special arrangements like traffic management, it’s often just a case of filling out a one-page form letting the local filming organisation know where you’ll be and when. Some local authorities even offer free parking permits. 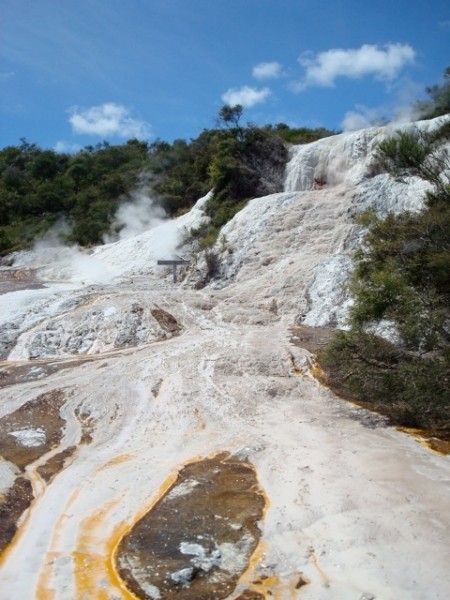 A large number of locations here require pre-approval to film, especially if you want to film on Maori land. Many rural and coastal locations belong to local tribes (iwi). Maori see land as a taonga - or treasure - and regard some sites as waahi tapu (special places), including mountains, rivers and present or past burial and meeting grounds. Iwi or hapu (sub-tribes) often have complex requirements and a lengthy consideration period for filming, so it pays to plan ahead.

In addition to that, about a third of New Zealand’s landmass is national park or reserves. These parks contain a huge variety of magnificent landscapes – from fjords, to active volcanoes, to glaciers, to rainforests – and plant and insect species that have survived since dinosaurs walked the earth. There are some unique requirements for filming in these parks and it can take some negotiation to be able to achieve what you want to achieve in a way that’s acceptable to government authorities and iwi alike. Location fees for filming in national parks are charged in North America and in New Zealand.

Because New Zealand is a compact country, people often assume it’s easy to get around and greatly underestimate travel times. In North America the highways are long, wide and straight. In New Zealand, State Highway 1, the main north-south highway that runs the length of both Islands, is a two-lane road for the most part. This is also a very mountainous country, which adds to travel times. Crews often find themselves frustrated by a lack of rest time, simply because they’ve based their schedule on how close places look on a map.

Unlike North America, location fees are not yet commonplace. On a recent five-week shoot I arranged, only two of 20 locations charged location fees. But while you might save money on location fees, you’ll find New Zealand a lot more expensive to film (dollar for dollar) than North America. Accommodation is not cheap – a basic motel room costs between NZD95 and NZD140 per night, and while taxes and tip are included in meals, you’ll often find yourself paying NZD25-30 for a main course at a restaurant. Groceries are expensive compared to North America, especially fresh fruit, veggies, meat and dairy. So if you’re self-catering, you need to make sure you have a decent food budget.

As for insurance, in light of the recent earthquakes that destroyed Christchurch, I recommend crews travelling to New Zealand ensure their insurance covers natural disasters. I prefer to book refundable accommodation and flights for that reason – it costs a little more but provides options if your plans have to change. Liability insurance is essential whether you’re filming in New Zealand or North America. The major difference for insurance is that New Zealand covers the medical treatment of overseas visitors if you’re injured while here (but this means you forgo the right to sue). Most publicly-funded health services are available free to Australian and UK citizens. There are conditions associated with this, of course. 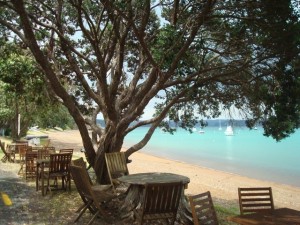 An obvious difference - but one that’s often forgotten - is that the northern hemisphere winter is our summer here in New Zealand, and in peak season costs increase. Forward planning is essential to make sure you don’t pay more than you should for vehicle or equipment rental. You also need to be aware that there’s a difference in the cost of equipment rental and the brands available. Excess baggage is expensive but renting the equipment here might be even more so.

You’ll learn some new lingo shooting in New Zealand. I often find myself in the position of translator here, something that never happened in North America! We have some commonly used colloquialisms which are a bit confusing. ‘Yeah, nah” is probably the most confusing of them - it means ‘Yes I understand what you’re saying, but no, I don’t entirely agree’. ‘Bob’s your uncle’ is another strange one – it means ‘That’s all there is to it”. It’s ‘sweet as’ - all good.

About a third of New Zealand’s landmass is national park or reserves. These parks contain a huge variety of magnificent landscapes – from fjords, to active volcanoes, to glaciers, to rainforests.

But the biggest difference is the thing that will make your shoot so great and that’s the people you’ll encounter. Film crews are still a novelty here so there’s not the cynicism you often find in North America. Outside the biggest cities locals are relaxed and friendly, and most will love showing off their hometown.

I walked the Milford Track with my parents just before Christmas many years ago and we met a couple of Swedish tourists who had nowhere to go for the holiday season. They came and spent Christmas and New Year with us in Christchurch, showing us Swedish holiday traditions while we shared ours with them. It was one of the best holiday seasons we ever had, and I’m sure they remember it too. So when you plan, make sure you include some time after shooting to sit down for a cuppa with the people you’ve been interviewing – they’re sure to have stories to tell – and your time with them will provide fodder for their stories in years to come.