Written by Murray Ashton on Mar 13, 2014. Posted in Interviews

Matt Miller spent five years with the Association of National Advertisers before joining the Association of Independent Commercial Producers (AICP). He set to work developing the day-to-day structure and this April will mark his twentieth year with the organisation as President and CEO. 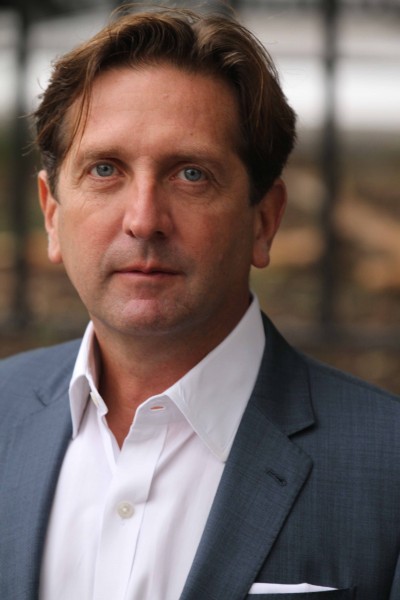 How has the AICP developed over the years?

The AICP had been around for 22 years when I first joined and it was largely run by the membership in volunteer positions that had done some great things - the AICP Show had just started and there were well-recognised production guidelines and bid forms that had been developed. However, there was no real day-to-day structure to the organisation. So, in many ways I was offered a clean slate to build the organisation and work with the membership to create something that could be a real voice for the industry. This April marks my 20th anniversary.

What does the AICP do?

The AICP represents the interests of its member companies that specialise in producing commercials in various media - film, video and digital - for advertisers and agencies. The association - with national offices in New York and Los Angeles, as well as regional Chapters across the country - serves as a strong collective voice for this USD5 billion-plus industry. It disseminates information, represents the production industry within the advertising community in business circles, in labour negotiations and before governmental officials. It also develops industry standards and tools, provides professional development and markets American production.

Everything AICP does provides benefits - directly or indirectly - to its members to allow them to run their companies more efficiently and effectively. Whether it’s developing guidelines, forums or position papers to educate and provide guidance, engage in collective bargaining with unions, lobby with governments for sensible regulation, interface with other stakeholders in the industry (clients, agencies or other trade groups), or bringing appreciation of the work that production companies do, through creative showcases like the AICP Awards Shows.

The AICP represents the interests of its member companies that specialise in producing commercials in various media - film, video and digital - for advertisers and agencies.

What keeps me energised about this job is clearly the people. I have never met such a diverse creative group of entrepreneurial-minded people. Also, the willingness to take on new challenges and continue to allow myself the freedom to lead this industry as the media space evolves. I've also been afforded the luxury to build a dedicated and hardworking staff who never shy away from new challenges as they evolve.

There are AICP Chapters around the country – Southeast, Florida, Minnesota, Midwest, East, West, and Southwest. AICP additionally has a Digital Chapter - which is not region-specific - that addressed the issues of companies that produce content digitally. In other words: interactive, visual effects, animation and graphics content.

How many company members do you have and roughly what does the membership represent?

These are some interesting numbers from our 2013 AICP Membership Survey:

• Production using digital tools now accounts for one third of all projects, compared to just 21% in 2011, reflecting the growth of Digital members, as well as a move toward more digital work being done by all member companies.

• In 2012, the number of projects completed by AICP member companies increased by 39%, with members producing 42 commercial projects on average.

• Internationally, shoot days in Europe are most prominent, with those in Central and South America decreasing to 16%.

How many production companies are there in the US producing TV commercials?

How does the standard contract work between a US production company and an advertising agency?

Normally a production contract is initiated by the advertising agency (sort of backwards from how most businesses work, where the seller usually initiates the contract, not the buyer). There are many historic reasons, but mostly because the contract assigns responsibility and liability throughout the process and many clients are very particular how that is done. Since the agency is acting as an agent for the client, they initiate the contract. Secondly, because normally the production company is a ‘work for hire’, this allows the client to have all of the protection they feel they need to have control of the end creative product.

AICP gets involved quite often when the terms of agency contracts are not practical, nor realistic in assigning risk and liability.

The AICP has developed a ‘standard commercial production agreement’ based on common business practice, but it is normally used when an agency isn't involved in the production or with a smaller agency that doesn't normally produce broadcast commercials. When a typical agency is involved, it almost always is that agency's contract.

In the digital production world, AICP has developed a contract that is much more widely used, as it reflects the practical issues in interactive and broadcast digital production (animation, visual effects, design, and graphics). Agencies were mostly using basic contracts that were developed for broadcast and live-action, and not addressing real word digital issues. So members of AICP's Digital Board engaged many agencies and with their input developed a very useful document. Since we addressed this early, many agencies have adopted the full contract or much of the language AICP created.

What other services does AICP provide?

AICP gets involved quite often when the terms of agency contracts are not practical, nor realistic in assigning risk and liability. This can mean giving counsel to our members, or engaging with the agency in a wholesale way.

What is the AICP Show and where does it take place?

The AICP Show is actually one of the pillar events of AICP Week, and premieres in June at the Museum of Modern Art in New York City.

AICP Week is a celebration of creativity and thought leadership. The week is anchored by the Premieres of The AICP Next Awards and the AICP Show: The Art and Technique of the American Commercial, the latter culminating with the most anticipated celebration in the industry: the gala at the Museum of Modern Art. Additionally, in each year, various educational seminars and events highlighting the state of marketing in the motion image are staged.

After the premieres of the AICP Next Awards and AICP Show, both go on tour to cities around the country and the world.

Which productions have been awarded the ‘Production’ prize in recent years?

The production category honours work that acknowledges the complexities of ambitious yet seemingly effortless executions by the production team as a whole.

Winners in the last two years are:

Do you monitor which states offer commercial filming incentives and the states that offer the best production values?

The AICP does track production incentives and provides information to our membership as to what they are, where they are, and how to file. AICP is also active in lobbying state legislators on behalf of the commercial production industry to gain passage of incentives beneficial to the commercial production industry, refine the laws already in place and help the government agencies better hone the regulations for more usability by the industry. Seeing the effect that incentives have on a region and the overall positive economic impact is profound.

Sicily - my family loves Italy and very frankly I could go there for every vacation. But I like for my kids to experience new things all the time, so we take them to new places, usually in Europe, each spring.

What books are you currently reading?

I like history books – right now I am reading one about the famed Chelsea Hotel in New York and I just picked up Presidential Intentions this weekend, which is quite good. It's a novel written by my friend and attorney for the Association of National Advertisers, Douglas Wood.

To find out more about the AICP click here.