Written by Murray Ashton on Mar 18, 2014. Posted in Interviews

Adrian began his career in theatre before joining BBC Television in 1983 and becoming a Production Manager in the corporation’s light entertainment and comedy divisions. His experience included working as Production Manager on the iconic British sitcom Only Fools and Horses. 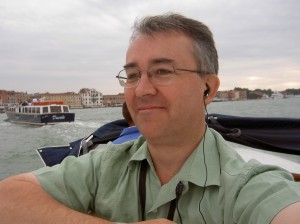 How did your career develop in TV?

I went freelance in 1990, not because I wasn’t enjoying the work, but I suspected the BBC would increasingly rely less on its staff and more on the independent sector - I wanted to get a foot in the door. At LWT (as was) I set up the huge (original) series of Gladiators with Nigel Lythgoe, which we recorded at the National Indoor Arena in Birmingham. It was a complex and challenging production and a huge hit which ran for many years.

After a few years in and out of LWT, I moved back to the BBC (working on Noel’s House Party, The Fast Show and others), finally moving into a fledgling online business as Editorial Director of beeb.com. Since 2000 I have been a freelancer for hire and whenever possible I like to set up the first run of a large series.

What type of productions do you mostly work on? 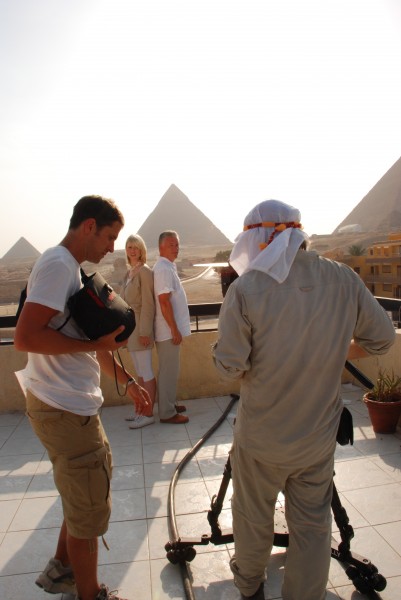 Where have you filmed internationally in the past few years?

For several decades my experience of working abroad remained limited to a single day’s shoot in Paris for Just Good Friends, but in the last ten years my work has taken me to Egypt, America (several times, including Hawaii), India, Dominican Republic, Canada and all round Europe.

Can you offer any advice about filming in these locations?

A good local fixer is absolutely essential. It’s dangerous to make presumptions about how things might work. Having someone onside that can help you with permissions and dealing with locals has always been a priority for me. I always start by checking the latest travel advice from the Foreign Office. Getting visas for some countries can be a nightmare, as can carnets when you are importing kit. Your fixer will often be able to help with this though.

Are there any specific production service companies or individuals you’d like to mention?

I would like to give a special mention to Glenn Beadles, a fixer in Hawaii and a genuinely nice man. A complex shoot for Impossible Pictures/Discovery involved beaming microwaves between two volanoes in Hawaii, with a double helicopter shoot at 10,000 feet. It would have been impossible without Glenn’s local knowledge, contacts and his attention to detail, especially considering the delicate negotiations he managed with Hawaii’s governing bodies and the observatories at the top of the volcanoes. With the ten-hour time difference, Glenn and I spent a great deal of time on Skype setting this up and we have remained friends ever since.

Where in world have you gotten the best production value?

Shooting in India was a great experience, again thanks to a great fixer, Madhurima Sen Bose, and the same can be said of Egypt (although I suspect it isn’t quite the same these days). Ramy Romany was even able to get us access to Tutankhamen’s Tomb at midnight for a series called Paranormal Egypt! Not an everyday experience and very memorable.