Darren Aronofsky filmed on location in Iceland and New York for his biblical epic Noah, based on the Old Testament story. Russell Crowe stars as Noah, who feels compelled to build an ark when he experiences disturbing visions of an apocalyptic flood.

Aronofsky’s production team built a 170-foot section of the ark on location in the Planting Fields Arboretum State Park in Oyster Bay, Long Island. This section comprised about a third of the full structure, with the rest created digitally in post-production. 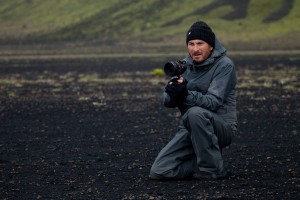 An additional set was built inside Brooklyn’s Marcy Armory to film interior scenes. To get a better sense of the interior space, the three levels of the ark were built on top of each other in the studio setting, rather than side-by-side.

“The detail inside was even more incredible because we had built the three floors of the ark,” Aronofsky recalls: “It was by far the biggest set built in New York in a very long time because movies don't really build things like this anymore. So it was pretty exciting.”

To create the apocalyptic rain, the production used a vast network of water pipes and cranes so as to release water from both above and below. These were all supplied by five 22,000-gallon tanks that provided five thousand gallons a minute. The whole operation could be controlled using an iPad. Filming for these scenes in fact took place during the New York summer, so the team opted to shoot at night and place lights in helium balloons to give the impression of cloudy daytime weather conditions.

We didn’t want to use the stereotypical yellow sand of old epics – we wanted something different. Iceland presented itself with these incredibly beautiful, dark, barren landscapes.

Iceland was chosen to depict the pre-flood ancient world in which Noah and his family live. The production filmed here for about three weeks, mostly on the Reykjanes Peninsula near Reykjavik.

“We found locations that could have worked in many different areas,” comments Rafnar Hermannsson, a Producer with local servicing company Truenorth. 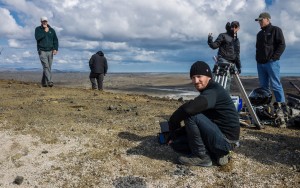 “In the Reykjanes area, where we shot the majority of the Iceland [scenes], we found locations that were accessible and with low risk of damaging the locations. For Darren Aronofsky, it was a big part of choosing the locations - how they would be affected by us.”

“We didn’t want to use the stereotypical yellow sand of old epics – we wanted something different,” adds Noah Producer Scott Franklin: “Iceland presented itself with these incredibly beautiful, dark, barren landscapes made out of lava – but then you could drive 20 minutes and be in an amazing, lush, waterfall-filled valley that could represent Eden. We scouted other places but no landscapes proved as fruitful.”