The Disney Channel is to film a new four-part TV movie on location in the UK. Mystery drama Evermoor will shoot at Arley Hall & Gardens in Cheshire in northern England and will mark Disney Channel’s first live-action movie to be shot in the UK for screening in the US. 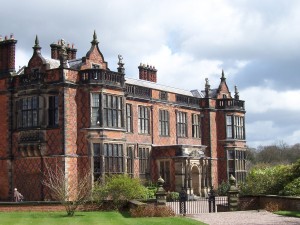 “Evermoor is a hugely exciting project for the team here in EMEA (Europe, Middle East and Africa) with a gripping story that I’m sure will captivate our global Disney Channel audience. The movie’s intriguing cast of characters also gives us a great opportunity to find exciting new talent,” said David Levine, Vice President of Programming, Production and Strategic Development for Disney Channels EMEA.

Added Claire Poyser, Managing Director of UK-based production company Lime Pictures: “We are delighted to be the first independent production company in the UK to work with Disney on a live-action movie to be aired worldwide including the US. Evermoor extends Lime's reputation for producing fantastic children's drama that is inspiring for the whole family.”

The news marks another development for Disney’s production presence in the UK and the move is likely based partly on the new TV tax credit.

We are delighted to be the first independent production company in the UK to work with Disney on a live-action movie to be aired worldwide including the US.

Disney is also the parent company of Marvel and Lucasfilm, which have, between them, big-budget features The Avengers: Age of Ultron and the new Star Wars movie in production in London.

Within the last few months ABC has become the first US TV studio to announce a broadcast pilot for location filming in the UK – musical fairy tale Galavant – and Jack Bauer action miniseries 24: Live Another Day shot on location in London.