Filmmaker Joss Whedon has apologised to residents of the Korean capital Seoul as Marvel’s superhero sequel The Avengers: Age of Ultron starts filming in the city. Whedon said that the film should help present Seoul in a way not necessarily seen before internationally. 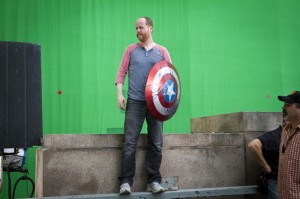 “I’m really grateful and excited to be filming in your city,” Whedon said: “We are going to mess it up a bit and inconvenience some people for a few days and I apologise for that. I know what that’s like. I live in Los Angeles – it happens to me all the time and it’s not fun.

“I hope that it will be worth it. We love this movie, we love your city and having the two together will show the city to the world in a light that I don’t think it’s been shown - certainly not in America.

“For us to showcase it in the manner we’re going to and to have the exciting action as part of The Avengers: Age of Ultron is a real privilege and I apologise for how hard it is to do but in the end it’s something special, so thank you.”

Following on from Thor: The Dark World and Guardians of the Galaxy, Marvel has based the Avengers sequel in London, but in the last few weeks the production has also been filming on location in Johannesburg and northern Italy.

Marvel’s comic book sequel Captain America: The Winter Soldier has been one of only a handful of big-budget films to shoot on location in California in recent years.