Period political drama Suffragette is to become the first film to shoot commercially on location in the Palace of Westminster in central London. The scenes will reportedly feature Meryl Streep as Emmeline Pankhurst, a key figure in the suffragette movement of the early 20th Century. 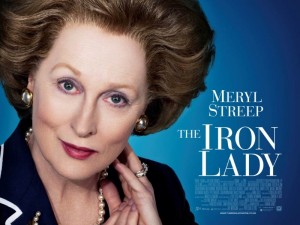 Filming for the movie will take place during the upcoming Easter holidays to minimise any disruption. Allowing commercial filming at Westminster was mooted last summer as a way of creating another revenue stream for the palace.

“The House of Commons Administration Committee has agreed to recommend to the commission that we should offer the Commons estate for filming when the House isn't sitting,” a House of Commons spokesperson said at the time.

Central London is increasingly popular as a filming location and in 2012 the production team for Bond movie Skyfall spent several months shooting in Whitehall and Westminster. More recently, Warner Brothers shut down Trafalgar Square for a weekend to shoot Tom Cruise’s sci-fi thriller Edge of Tomorrow (formerly All You Need Is Kill), while Marvel filmed in the city for both Thor: The Dark World and the upcoming Guardians of the Galaxy.

Filming for the movie will take place during the upcoming Easter holidays to minimise any disruption.

Suffragette is likely to have won approval for a Westminster shoot partly because the subject matter focuses on such a significant part of Britain’s political history as women fought for their right to vote.

Streep is thought to be playing a small role in the film, with the story focussing on Carey Mulligan's young feminist. Nevertheless, Streep's involvement lifts the production’s profile and together with the involvement of The Iron Lady writer Abi Morgan – a film for which Streep won an Oscar as the late Margaret Thatcher – the movie could become a real awards contender next year.