Long-running US daytime soap The Bold and the Beautiful has become the first international soap to film scenes in the United Arab Emirates. The show has been screening in the US since 1987 and is spending three days this week filming at iconic locations in both Abu Dhabi and Dubai. 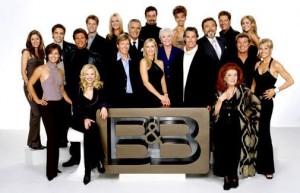 “We are very excited about The Bold and the Beautiful (B&B) coming out to Dubai and Abu Dhabi for the filming of their episodes,” said Sarah Al Jarman, Dubai One Channel Manager at service company twofour54.

“We have such a strong following for the show on our channel and having the cast here, and the team, filming in the region, really makes it relative for our viewer which makes it that more engaging.

“Our strong partnership and collaboration with The Bold and the Beautiful team is a very long term and mutually beneficial one. B&B have warmly welcomed and engaged with our crew and presenters on their Los Angeles set and we will continue to support them during their Dubai visit.”

The production team will be filming at locations including the Burj Khalifa and Atlantis, The Palm, in Dubai, and then the Yas Marina Circuit and the Emirates Palace in Abu Dhabi.

Tom Cruise made the Burj Khalifa the focus of a centrepiece stunt sequence for his 2011 action sequel Mission: Impossible – Ghost Protocol. Dubai’s lack of a formal filming incentive means the city lacks the international appeal of Abu Dhabi, although Dubai prefers to negotiate specific incentive deals on a case-by-case basis.