KZK Productions is filming a new drama series in the Florida Keys for Netflix. The currently untitled series will be a drama exploring the impact on a local family when the ‘black sheep’ oldest brother returns home. Burn Notice was the last high-profile drama to film in the state. 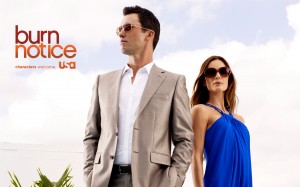 “It's a series where everything takes place in the Keys so we expect it to be predominantly shot in the Keys,” said Rita Troxel, Director of the Florida Keys & Key West Film Commission, in comments to the Miami Herald: “The Keys will be like another character, appearing as themselves.”

Florida hosted long-running spy drama Burn Notice for seven seasons, but has struggled to attract any other high-profile productions in recent years. The state offers a base 20% filming incentive but the programme is short on funds, which is something the production community is lobbying to change.

Miami recently made a deal with EUE/Screen Gems to develop a purpose-built studio, which will help tackle the city’s infrastructural shortcomings. The Miami Entertainment Complex will offer twin sound stages of 15,000 square feet and will be operated by EUE/Screen Gems for at least ten years.

The Keys will be like another character, appearing as themselves.

Netflix made history in 2013 when the acclaimed political drama House of Cards became the first series to be distributed exclusively online. The company has since ordered a miniseries based on the life of the 13th Century traveller Marco Polo, which will film on location at Pinewood Iskandar Malaysia Studios. A major deal has also been made with Disney/Marvel for five separate superhero miniseries that will film on location in New York.