Period fantasy miniseries Jonathan Strange & Mr Norrell has started filming on location in York Minster in northern England. Based on the novel by Susanna Clarke, the drama follows two men in an alternate 19th Century who reintroduce magic to a doubting world. 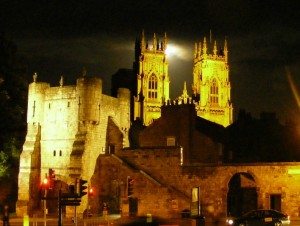 The miniseries will comprise seven one-hour episodes and begins with the reclusive Mr Norrell using magic to bring to life the statues of York Minster.

“We are delighted that York Minster will play such a key role in another one of Screen Yorkshire’s productions,” comments Screen Yorkshire Chief Executive Sally Joynson.

“Jonathan Strange & Mr Norrell is the largest-scale project that Screen Yorkshire has invested in and it will spend four months shooting across the region at an incredible range of locations, including York, Leeds, Ripley, Wakefield, Bradford District and Rotherham.”

Added York Minster’s Marketing Director Nicola Bexon: “York Minster and St William’s College have proved fantastically popular locations for filming period pieces, with Death Comes to Pemberley and Bill shooting here, but in Jonathan Strange & Mr Norrell the cathedral will be ‘playing’ itself, rather than standing in for another location!”

Jonathan Strange & Mr Norrell is the largest-scale project that Screen Yorkshire has invested in and it will spend four months shooting across the region.

Jonathan Strange & Mr Norrell is being produced by Cuba Pictures, with BBC America onboard as a co-producer and Screen Yorkshire among the local partners. Filming will also take place in Canada and Croatia.

The BBC has a track record of filming on location in Eastern Europe where production costs are more palatable than many other parts of the world. A re-imagined version Hitchcock’s The Lady Vanishes filmed in Budapest in 2012 and more recently period adventure series The Musketeers filmed on location in the Czech Republic.