Written by Murray Ashton on Apr 9, 2014. Posted in Interviews

Sarah began her production career in commercials working for Ridley Scott Associates (RSA) and Rose Hackney Barber. She has since gained experience in broadcast documentaries and feature films, and currently works as a Producer and Line Producer. 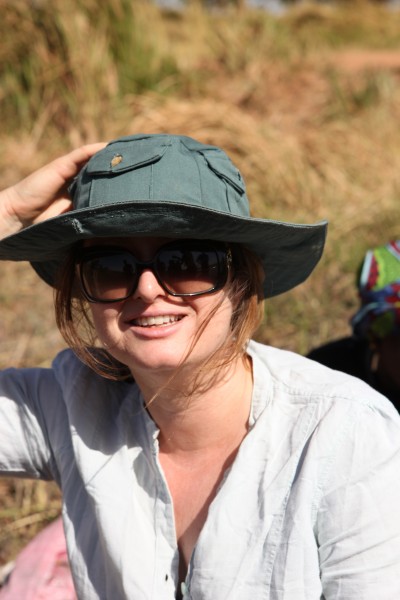 Can you tell us more about your production experience?

After RSA and Rose Hackney Barber I moved onto broadcast documentaries, a stint at the BBC and then Darlow Smithson drama documentaries, and features working on The Fever with Vanessa Redgrave and Angelina Jolie.

I line-produced Red Mercury, an Indian-UK co-production film, and I had an extraordinary experience in the Yemen on the feature film A New Day in Old Sana'a. Fast-forward to a year in Bangladesh setting up a BBC 24-episode drama, training and working with local crew.

I produced a commission from the Kuwaiti Government, a series of commercials across the world followed by a World War II drama shot in Bulgaria and a period feature film for Nancy Spielberg shooting spitfires in the air. I’m presently producing a CH4 drama serial between Gathering Storm Films and See-Saw Films, a British-Australian co-production based on the novel English Passengers, which will see us filming in Australia and Tasmania.

What type of productions do you mostly work on?

I work on dramas, feature films, documentaries, drama documentaries and commercials. It’s unusually eclectic, which I love as I'm able to draw on different experiences for each genre. Each informs the other and I avoid being boxed. 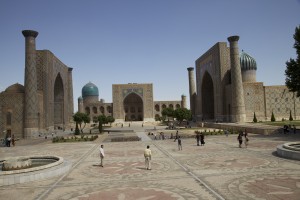 What specific location filming tips for the locations where you’ve worked?

Uzbekistan - Respect local customs and if that means drinking home-grown vodka with Uzbek officials at 8am toasting each other then follow suit! Hire a crew vehicle travelling from Tashkent to Samarkand with a good suspension. Tashkent Airport will only accept local currency in cash for excess baggage. You will wipe out all the local exchange and jewellery shops in one swipe so plan ahead! Pack a hat - sunstroke is easily acquired in the deceptive climate of the mountainous regions along the Great Silk Route.

Bangladesh - Don't raise an eyebrow when the local Location Manager gets catering and comes back with a tethered cow - this could be lunch. Do smile when reccing and you find a hundred plus locals following you, as they are curious. Stay off the lethal roads, especially at night. Drivers turn off their headlights and fail to illuminate the flood-filled potholes and kamikaze driving is the order of the day. Be aware of shared electricity in Dhaka when half the city plunges into darkness - get generators that work. Pack lots of electrolytes.

Yemen - Allow for qat chewing and praying to Mecca in the shooting schedule. Make sure your guards remove the ammunition clips from their AK-47s when sleeping in the sun. Do enjoy every moment when invited to a local wedding. You and the Armenian 1st AD could be encouraged to dance to a single beating drum and the chants of hundreds of women lining the walls in vibrant colour - never ever seen in public. Enjoy the very sweet tea. Do import camera gear and lights from Lebanon as there is little to hire locally and allow plenty of time to get through Customs. Ensure your financier has the right visa or he could find himself back on the plane and sent to Amman. Learn some Arabic - it's beautiful. 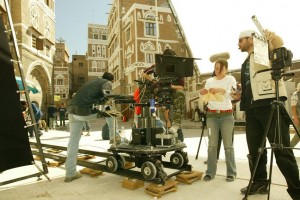 Utah - Don't allow the fact you are not allowed vehicles on the local Indian Reservation put you off filming - get your crew on horseback. Your DoP will thank you. Ensure you have a runner with a satellite phone at the top of the canyons and communications to crew below to warn of storms in the distance. They can become flash-floods on the canyon floor and sweep your crew into oblivion. Hire RVs for accommodation on-site to cut down on travel time across the desert and even U-haul vehicles for the ever-accommodating Aussie stuntmen. Hire a helicopter to cover the vast vista – it’s well worth it.

Wales - Don't put Angelina Jolie in a bedroom where cats have slept as she's allergic. Do reassure the line producer on Tomb Raider that their featured artist will be safely returned after filming with you in Snowdonia in February, when the forecast is 'treacherous under foot' and 'poor visibility', phone calls to AON are worthwhile. Do make Angie's manager laugh and it’s well worth keeping SAG (Screen Actors Guild) informed and on-side. Do have a sense of humour when security offers to 'bop' the public blocking access roads to the location.

Gambia - Do ensure you power up your equipment overnight and transfer data when the wind-operated generators are actually working while staying at the Chimpanzee Rehabilitation Island on the Gambia River. You won't hit traffic when commuting to work on the Gambia but the DoP may introduce you to 'lamping' crocodiles at night so pack head torches. The Gambian crew work at a different pace, go with the flow. Do follow etiquette and give the Head of the Tribe sacks of rice when invited into their home.

Vietnam - Be aware that Vietnamese coffee made from the local coffee plantations in the Dak Lak Province is not Nescafe and will cause the crew to physically shake. Offer them the local menu - 'goat's penis' and 'snake head soup' as an alternative. Hire an Arri Alexa with primes to capture the thousands of yellow butterflies that cloud the air in the plantations. Pack a roll-up emergency medical kit with a 24-hour UK GP access number when working remotely. The Tramadol will be a life saver when you fall down concrete steps and suffer a massive haematoma miles from Buon Ma Thuot.

Are there any particular production service companies or individuals you would like to recommend?

Uzbekistan Production Service - Dmitri and Alex at Voyager Films are worth their weight in gold to negotiate the fluid requirements of a crew and the more stringent requirements of official permits, working closely with the Minister of Health and Minister of Foreign Economic Relations. 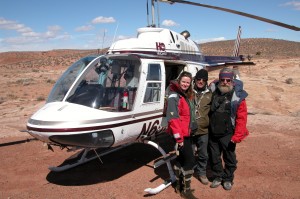 Utah Canyoneer - Always seek local advice, such as the brilliant Bego, a local canyoneer. His knowledge of canyoneering proved invaluable and he likes to sleep in his truck.

Supplier - Onsight will walk a million miles for you to accommodate, are always on the phone at any time and will take you out to lunch over Christmas.

Crew - DoP Will Pugh on the Kuwait commercials lugged and operated the Arri Alexa, filmed on the Gambia river, borders of Israel and from moving trains in Uzbekistan. He worked in physically challenging environments, offering creative solutions and was effortlessly charming!

Production – Production Manager Ros Davidson has the contact knowledge base of a producer, is endlessly supportive, hugely informative and someone I would turn to again and again. I have tremendous respect for this individual.

Art Department - Art Director Henry Jarworski created a fabulous 1940s period set on location at Duxford on the feature Above & Beyond to the delight of our American clients. He is endlessly creative and an utter joy to work with, even when having to decipher his pencil workings!

What has been your hardest location challenge to date and why?

Yemen was the most challenging but also the most fulfilling. The film was debated in parliament in Sana'a and the MPs visited the production office to watch the rushes, which was difficult given we were filming on 16mm and only able to show the mute video assist.

It was a balancing act of politics and establishing trust within a very closed society, and that would not have been possible without our benefactor, Mohammed. He couldn't speak English and my Arabic was stilted, reduced to wishing him a 'morning of roses'. He was my steer on whether I should be concerned or dismissive regarding a range of circumstances. 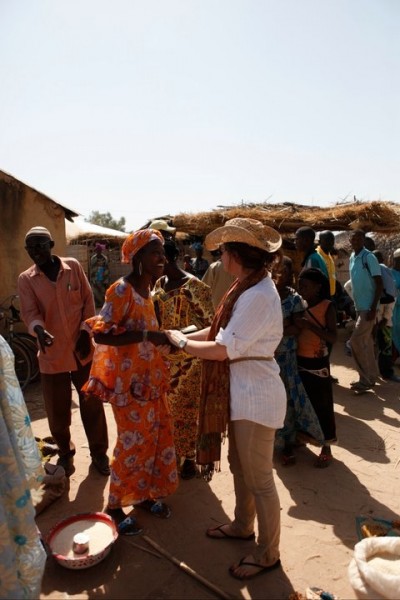 Remarkably, I bumped into Mohammed on the top of a double-decker bus in London years later. He was studying English and we were able to speak to each other for the first time. We had the same opinion on events and people and totally saw eye-to-eye. Wherever you are, whatever you're doing and whatever language you speak, it boils down to the person standing in front of you and the trust you have in each other.

Anywhere that I have yet to go to! The more unusual, exotic, demanding and difficult probably the more appealing!

Where do you feel you’ve had the most value for money on a shoot?

At Nu Boyana Studios in Sofia, Bulgaria. We shot a World War II drama for Arrow Media and the expertise at the studio overseen by Iliya Sotirov was top-notch. Bearing in mind the exchange rate and market rate for crew who were vastly experienced, it made for an appealing location.

I was looking for a set where we could film snow in November and the only areas in the world at that time of year to guarantee snow was Lapland/Finland, which would have proved hugely expensive and logistically demanding. So a studio or location with special effects capabilities was the answer. Budget demands precluded the UK and Nu Boyana had the expertise, including special effects supervisors, snow and wind machines, period costume, props design and hire and a brilliant art department that could work with our department heads.

Which are your favourite film-friendly hotels?

Sofitel Hotel in Cairo – I stayed there during the revolution since there were few foreigners and they couldn't have been more accommodating.

Movenpick Hotel in Beirut – They were happy to negotiate a deal for the number of crew nights and they offered an excellent standard of accommodation, provided lunch to go and we could swim at night.

Chimpanzee Rehabilitation Project about 270 km up the Gambia River, part of the Gambia River National Park. They provided boutique tents and seagrass underfoot, set in the hills overlooking the Gambia with neighbouring chimpanzees. Our American host cooked a homemade meal for us every evening and was entertaining company.

Fayre Do's in the UK – They have a delicious choice of meals, they accommodated adjusting call times, were flexible to specific catering such as Kosha meals for our Executive Producers on Above & Beyond and they had a happy cook.