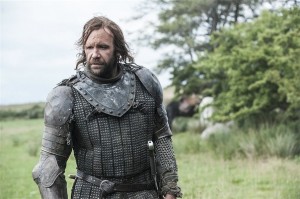 “The Tourism Ireland adverts have been developed in close collaboration with HBO and are specially designed to bridge the fantasy of Game of Thrones with the reality of Northern Ireland,” said Enterprise, Trade and Investment Minister Arlene Foster.

“The hugely-anticipated fourth series will air on our television screens next Monday and some of Northern Ireland’s most scenic locations will once again play a starring role.

"Fans from around the world will see our mystical landscapes, crumbling castles and hidden scenic gems as various local locations provide stunning and atmospheric settings for the cast.

“Images of the same landscapes will then be used in the advertising campaign to encourage fans to visit Northern Ireland themselves. This approach is to be commended as it is important that we maximise the tourism potential that the new series will generate.”

Fans from around the world will see our mystical landscapes, crumbling castles and hidden scenic gems.

Added Niall Gibbons, Chief Executive Officer of Tourism Ireland: “TV and film are recognised as strong influencers on prospective visitors, so this campaign is a major opportunity to shine a spotlight on Northern Ireland. 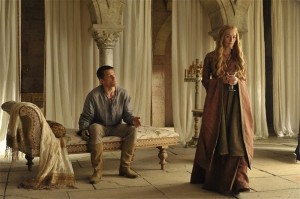 “Game of Thrones fans worldwide will see these ads, spiking their curiosity about the landscapes and locations featured in the series and inspire them to come and explore them for themselves.”

Film tourism has become a significant economic driving force in boosting public visits to locations around the world that have hosted high-profile TV shows or feature films. Peter Jackson’s Lord of the Rings trilogy has been among the most dramatic examples of recent years. In Europe the success of TV crime dramas such as The Killing, Wallander and The Bridge has increased interest in the Oresund region of Denmark and Sweden.