The UK and China have signed a new co-production treaty. Co-productions filming in the UK will have access to the British Film Institute (BFI) Film Fund and the UK's formal filming incentive programme, while co-productions in China will bypass the annual quota on international releases. 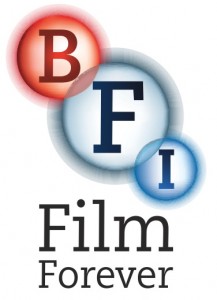 “The co-production treaty with China, which has the largest growing film industry in the world, is hugely significant for UK film as it will open the door for our filmmakers to collaborate and contribute to each other’s success,” said the BFI’s Chief Executive Officer Amanda Nevill.

“An appreciation of each other's filmmaking culture is the foundation for commercial success and it is fantastic that through the treaty and the landmark events that we have set up here in China and which will continue in the UK throughout 2014, that we are starting to build an even closer collaborative relationship between our two industries to enable them to flourish.”

Added UK Culture Minister Ed Vaizey: “The treaty will strengthen ties between our countries’ film industries, encouraging the sharing of knowledge and ideas, as well as driving economic growth through film production.”

In addition, the UK’s Producers Alliance for Cinema and Television (PACT) has signed a Memorandum of Understanding with China Central Television, designed to foster greater co-operation between the TV industries in the UK and China. The Memorandum was signed following the first China-UK TV summit in Beijing. A British Chinese Film & Television Summit will be held in London in September this year, and will celebrate Chinese film and culture.

The co-production treaty with China, which has the largest growing film industry in the world, is hugely significant for UK film.

China is also making more deals with Hollywood. The state-run China Film Group will partner with Legendary Pictures on upcoming fantasy films Warcraft and Seventh Son, and will also work with Paramount Pictures on a Marco Polo movie.