Clint Eastwood is recreating Afghanistan partly on location in California for his new movie American Sniper. Bradley Cooper stars in the true story of Chris Kyle, a US Navy SEAL sniper who accumulated 160 confirmed kills over a career that included four tours in Iraq. 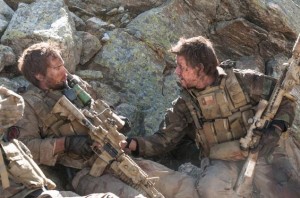 The production has secured a filming incentive payment of just under USD7 million to spend a month filming in California, the LA Times reports. Ten days of shooting is taking place on location at the Blue Cloud Movie Ranch in Santa Clarita, which offers a standing set of a Middle Eastern town that the production has turned into an Afghan location.

Filming has also taken place on location in Morocco, a favourite Hollywood double for stories set in Afghanistan and Iraq.

California rarely hosts large-scale film productions for any length of time as big-budget movies are not supported by the state’s filming incentive programme and the film fund is allocated using a lottery system. American Sniper is reportedly spending USD34 million locally.

Mark Wahlberg’s recent true-life Afghanistan war drama Lone Survivor filmed on a tighter budget and was priced out of California, opting instead to double the mountains of New Mexico for the peaks of Afghanistan.

American Sniper has secured a filming incentive payment of nearly USD7 million to spend a month filming in California.

New Mexico is one of California’s main regional production competitors with a base filming incentive of 25% that rises to 30% for TV shoots. Albuquerque got a major profile boost from crime drama Breaking Bad and series creator Vince Gilligan admitted that the show originally relocated from its planned California filming locations on account of New Mexico’s generous incentives.

The Mayor of Los Angeles is lobbying Sacramento through his ‘film czar’ Ken Ziffren to have California’s filming incentive programme boosted in the coming months.