Written by The Location Guide on Apr 22, 2014. Posted in On Location 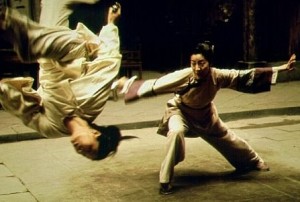 The production landscape changed when the government announced a boosted filming incentive programme that came into force in April this year, delivering a base grant of 20% for international productions. An additional 5% is being made available for shoots that have a particularly significant economic impact and this includes James Cameron’s Avatar sequels. Production of the Avatar films seems to have been dependent on the filming incentive increase.

“Over the last 18 months it's been very quiet [for the New Zealand production industry] and it's nice we're finally getting traction,” Film Auckland's deputy chairman Alex Lee told Radio New Zealand: “It's quite clear that until the decision to increase the incentives for international films to come to New Zealand we were just not competitive.”

Crouching Tiger Hidden Dragon II - The Green Destiny will be produced by The Weinstein Company and will use New Zealand’s boosted filming incentives.

“The increased incentive is very welcome, as is the government’s recognition that attracting film and television production into New Zealand has significant wider benefits for New Zealand, including most recently in our tourism sector,” Film New Zealand Chief Executive Gisella Carr commented when the boosted incentive became active in April.

The original Crouching Tiger, Hidden Dragon won four Oscars in 2000, but production on a sequel was delayed due to prolonged disagreements over the rights to the source novel.