Hitman action sequel Agent 47 to film on location in Singapore

A sequel to the 2007 action movie videogame adaptation Hitman will film partly on location in Singapore. Agent 47 will star Homeland actor Rupert Friend as the eponymous sharply-tailored assassin who sports a distinctive barcode on the back of his head. 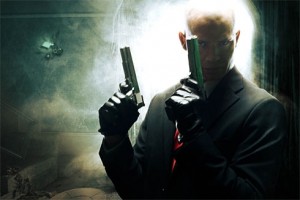 “If you see Hollywood lights, camera and action on the streets of Singapore, it will be 20th Century Fox and the film Agent 47, the first major studio film to shoot here,” the studio told the Today media outlet.

“We will also be able to announce a very well-known Chinese actress starring in the film next week, so stay tuned. Agent 47 is directed by Aleksander Bach who’s most known for his spectacular TV commercials.”

The first Hitman film was shot mainly on location in Bulgaria. Filming for the sequel has reportedly already taken place in Germany, with about two weeks of location work scheduled for Singapore with a local base at Infinite Frameworks Studios. Infinite offers 28,000 square feet of studio space, plus two additional stages on nearby Batam Island in Indonesia, where the HBO Asia miniseries Serangoon Road was based. The channel’s second scripted series Grace will also be filming in the area.

Last year Malaysia launched a 30% filming incentive in a bid to attract more international productions. Pinewood Studios has its Iskandar facility near the border with Singapore and currently hosts the Netflix miniseries Marco Polo.

If you see Hollywood lights, camera and action on the streets of Singapore, it will be 20th Century Fox and the film Agent 47, the first major studio film to shoot here.

The Philippines is planning to follow Malaysia’s example and a politician has filed an act recommending a formal filming incentive of between 20% and 40%.

Western filmmakers are being drawn to other parts of Southeast Asia as well. French director Luc Besson spent a few days on location in Taipei City with Scarlett Johansson for his action sci-fi Lucy, which could help raise Taiwan’s production profile.