John Travolta’s new thriller Criminal Activities will film on location in Cleveland, Ohio, after securing a filming incentive payment. Ohio offers a base filming incentive of 25% and recent high-profile features have included The Avengers and Captain America: The Winter Soldier. 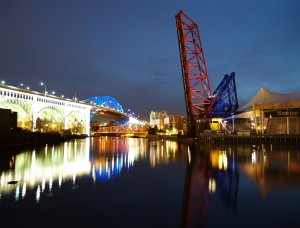 “The Ohio Incentive Programme is a great opportunity for our industry, coupled with a fantastic Cleveland Film Commission that understands our business and what we need to succeed; great locations and hard working crews make the Ohio Programme tough to beat,” said producer Mark Johnson.

Added Greater Cleveland Film Commission President Ivan Schwarz: “A critical part of the film commission's work is attracting projects by showcasing north-east Ohio, so when Mark Johnson [and fellow producers] Wayne Rice and Warren Ostergard expressed interest in filming in Cleveland, we showed them everything our city has to offer.

“Our ability to win these exciting projects is because of our competitive financing through the Ohio Motion Picture Tax Incentive and our collaborative public partners. This film will not only turn the spotlight once again on Cleveland, but create jobs and generate crucial revenue for our region.”

The Ohio Incentive Programme is a great opportunity for our industry, coupled with a fantastic Cleveland Film Commission that understands our business.

Marvel doubled Cleveland for New York for the finale of the first Avengers movie. New York is one of the top production hubs in the US, but Marvel needed a degree of long-term control that was more readily available in Cleveland. The studio returned to Ohio last year for Captain America: The Winter Soldier.

Cate Blanchett has been a recent visitor to Cincinnati in southern Ohio for the period drama Carol, which doubled the city for 1950s New York.