Gaumont International Television has announced a miniseries based on the life of infamous Colombian drug trafficker Pablo Escobar. Filming for Narcos will take place on location in Colombia and will reunite key talent from the hit Rio-set Elite Squad movies. 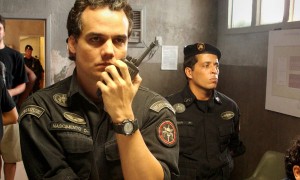 Narcos will comprise a ten-episode first season and will be distributed via Netflix. The production team will involve RoboCop director Jose Padilha as an Executive Producer and will feature Brazilian-born star Wagner Moura as Escobar. Producer and star worked together on the hugely successful Rio-set Elite Squad movies (left).

"Jose and Wagner together created one of the most sophisticated and chilling portraits of criminality and official corruption ever in their Elite Squad movies. Their version of the Escobar saga will be like nothing ever seen before,” said Netflix Chief Content Officer Ted Sarandos.

Added Padilha: “Our idea is to tell the true story of how cocaine became such a huge problem in the US and Europe – and how it all started here in Medellin.”

Narcos will comprise a ten-episode first season and will be distributed via Netflix.

Colombia launched a 40% base filming incentive in early 2013, plus a 20% rebate for accommodation, food and transport costs. The incentive is available for productions spending at least half a million US dollars locally.

Netflix made history last year by making political drama House of Cards available exclusively online. The company has since ordered ambitious miniseries Marco Polo, based on the life of the 13th Century traveller, which is based at Pinewood Iskandar Malaysia Studios. A major production deal has also been made for Marvel’s five new superhero TV dramas, to be filmed soon in New York.