New Netflix drama series Marco Polo will film on location in Italy and Kazakhstan, as well as at Pinewood Iskandar Malaysia Studios. The series is being produced by The Weinstein Company and will follow the adventures of the legendary 13th Century traveller.

“Television audiences today are more discerning than ever before both in terms of character and the scope of the worlds those characters live in,” said The Weinstein Company's Co-Chairman Harvey Weinstein. 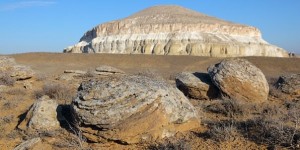 “We are proud to present a series that rivals some of the most successful films we've ever made. Marco Polo is a figure all have heard of, but few truly know and we are excited to introduce him to the world.

“And we are shooting all over the world. From the sweeping vistas of Kazakhstan - which act as backdrop for the wars and conquests of Kublai Khan - to the intimate moments within the alleys and canals of Marco's hometown of Venice, Italy, this is spectacle in the truest sense of the word.”

Added Netflix Chief Content Officer Ted Sarandos: “In this commanding, epic story of Marco Polo, through the magnetic cast they've assembled, the spectacular martial arts work they are showcasing and the exotic locations that serve as a backdrop, [the production team] have really outdone themselves.”

Kazakhstan has a limited production industry that centres on the northern city of Almaty, near the border with Russia. Four-wheel-drive vehicles are needed to get around beyond the city limits.

From the sweeping vistas of Kazakhstan ... to the intimate moments within the alleys and canals of Marco's hometown of Venice, Italy, this is spectacle in the truest sense of the word.

The location filming choices made by the Marco Polo team demonstrate the epic nature of the production and a confidence in the material. Game of Thrones is among a select few high-end TV productions that film extensively on location in eye-catching parts of the world, with Iceland and Croatia having been key backdrops throughout the drama’s run.

Netflix is continuing to invest in large-scale production and recently made a deal with Disney/Marvel for five new superhero dramas, all of which will be filmed on location in New York.