New Pictures is to film the period miniseries Indian Summers on location in Penang, Malaysia, which will double for early-1930s northern India. The production will be set in Simla, a “little England” at the foot of the Himalayas, and the story will chart the decline of the British Empire in India. 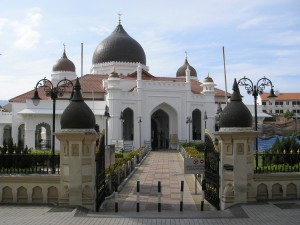 Multiple filming locations in India were considered for the shoot – including the real Simla – as well as Sri Lanka, Kuala Lumpur and Singapore. The production team was eventually drawn to the colonial architecture of George Town on Penang Island in the Penang region of western Malaysia. Filming will begin at the end of April.

“Unlike Simla, Penang Hill has been beautifully preserved, George Town is rich with historic buildings and the island is somewhere I felt confident that a large international cast and crew could happily spend a year of their lives,” producer Charlie Pattinson told the Malay Mail.

Added Penang Chief Minister Lim Guan Eng: “The producers will be working closely with the state to create a sustainable filming infrastructure for returning future series as well as ensuring the present filming locations will be safeguarded and properly maintained throughout the filming duration.”

George Town is rich with historic buildings and the island is somewhere I felt confident that a large international cast and crew could happily spend a year of their lives.

Indian Summers is a co-production between New Pictures and Masterpiece in the US, and is being serviced locally by Biscuit Films.

Malaysia offers a 30% filming incentive and the Pinewood Iskandar Malaysia Studios facility was recently chosen as the production base for the upcoming Netflix miniseries Marco Polo. Cable network HBO Asia will also be filming its new scripted series Grace on location in nearby Singapore.