The Governor of New York Andrew M Cuomo has called for long-running chat programme the Late Show to continue filming on location in New York City when current host David Letterman retires in 2015. Comedian and satirist Stephen Colbert is set to take over hosting duties. 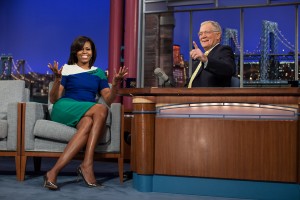 Within hours of Letterman announcing his retirement last week, the Mayor of Los Angeles said he would be reaching out to TV network CBS to move the Late Show to the West Coast with its new host.

In February, iconic chat programme The Tonight Show switched filming locations from Los Angeles to New York when Jimmy Fallon took over from retiring host Jay Leno. Fallon was already based in New York but the show was also awarded a 30% filming incentive.

“With East Coast-based host Stephen Colbert taking the reins of the Late Show, it’s clear we should keep the show where it belongs – here in New York,” said Governor Cuomo.

“I am calling CBS President and Chief Executive Officer Les Moonves and urging that CBS continue the Late Show's history of filming in New York's own legendary Ed Sullivan Theater."

We must ensure that the Late Show's long and proud history of making the nation laugh from New York continues for years to come.

“Our state is a top destination for entertainment businesses to thrive and grow, creating jobs and economic opportunities for communities across the state, and late-night programmes are a major part of that success. We must ensure that the Late Show's long and proud history of making the nation laugh from New York continues for years to come," Cuomo added.

New York is one of the top production hubs in North America and is the number one US filming location this season for TV pilots, hosting ten dramas and five comedies. Los Angeles came joint second with Vancouver.