Origin Pictures filmed the BBC’s adaptation of Daphne du Maurier’s novel Jamaica Inn mostly in Yorkshire in northern England. Set in Cornwall, south-west England, in 1821, Jamaica Inn tells the story of a young woman who becomes embroiled with smugglers on the Cornish coast. 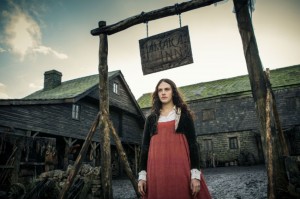 “We were thrilled to have the opportunity to revisit Yorkshire to film large parts of Jamaica Inn, which is a particularly rich source for period locations, providing us with huge possibilities to adapt this much loved novel for the screen,” said David Thompson a Producer with Origin Pictures.

“We also love working with the Yorkshire crews who we have found to be so dedicated and passionate about their work. Screen Yorkshire has been incredibly supportive, playing a critical role in supporting us to bring productions such as Jamaica Inn to life, through provision of crucial equity funding in a marketplace where investment can still be very hard to find.”

We were thrilled to have the opportunity to revisit Yorkshire to film large parts of Jamaica Inn, which is a particularly rich source for period locations.

Screen Yorkshire invested in the Jamaica Inn production through the Yorkshire Content Fund. The fund launched in early 2012 and in January this year received an extra funding boost of GBP7.5 million from the European Regional Development Fund.

The Yorkshire Content Fund is the largest regional fund in the UK and has been used to fund productions including Peaky Blinders, Jonathan Strange and Mr Norrell and Testament Of Youth.

Jamaica Inn will screen from Easter Monday (21 April 2014) on BBC One in the UK.