A new feature charting the true-life friendship between writer Ernest Hemingway and young journalist Ed Myers in the late 1950s, filmed on location in Cuba. Papa is the first feature in half a century to shoot in Cuba with a US director and cast.

Filmed as a Canadian-Cuban production, the movie took around four years to prepare and was helmed by producer-turned-director Bob Yari. 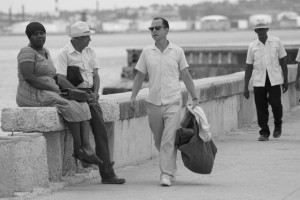 The production team was intent on a Cuba shoot for the sake of narrative authenticity, but the scale of the American involvement meant careful licensing negotiations were needed in light of the US government’s longstanding economic embargo against the communist country.

“It took some significant Washington legal petitioning and lobbying to clear the licensing for the American cast to be in this film,” explains Michael Pacino, a producer with Cuba Film Productions: “That licensing came with restrictions as well. Granted, the film was ‘licensable’ according to OFAC (Office of Foreign Assets Control, a division of the US Treasury) standards, but that doesn’t mean things always play out as they should.

“Our company has a 20-year relationship with the island (Cuba) and I can tell you that it is not ‘paint-by-numbers’ when it comes to licensing. It changes under every Administration and there are various factors that come into play.”

It took some significant Washington legal petitioning and lobbying to clear the licensing for the American cast to be in this film.

Even when the production had the authorisation it needed to shoot in Cuba, there were additional challenges in securing the specific filming locations they wanted in Havana. Hemingway’s home is now a museum dedicated to the writer and tricky to use as a filming location, but the Papa production team got what Pacino refers to as “a lesson in advanced diplomatic relations” when the Canadians stepped in to help. 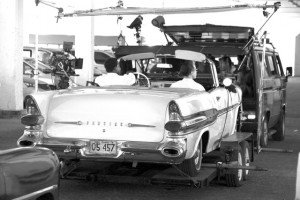 “Once that major hurdle was accomplished with the help of major Canadian diplomatic intervention, all the other locations fell into place,” Pacino continues: “From Coast Guard to Navy clearances, to all the major venues and areas we shot at: La Finca, the Ambos Mundos Hotel, La Floridita, Havana University, the Harbour and even private homes.”

Pacino considers the Papa shoot to have been hugely significant for Cuba as a country and how it is perceived internationally.

“The collaboration of Canadian producers, American talent and Cuban crew has forged a new bond in US and Cuban relations,” he says: “The American presence in the film was, in a sense, an extended hand of friendship between the US and Cuba, with the Canadians acting as the hosts and mediators.”