Authorities in Scotland are planning to boost film tourism in Edinburgh with the launch of a movie map of the iconic city. Filming locations used in 21 different movies over the years in the Scottish capital feature on the map, from Chariots of Fire through to the more recent Sunshine on Leith. 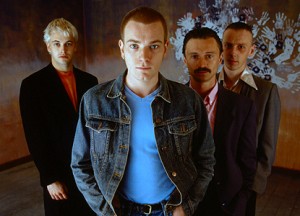 The map is the result of a film tourism drive from VisitScotland and Film Edinburgh and the launch coincides with This is Edinburgh’s ‘Film in the City’ campaign, which itself will culminate in the Edinburgh International Film Festival in mid-June.

Jenni Steele, Film Tourism Project Manager at VisitScotland, comments: “Edinburgh is one of the most cinematic cities in the world and this handy map will allow visitors and locals alike to follow in the footsteps of their favourite film stars.

“Around a fifth of all visitors to Scotland are influenced to come here after seeing it in a film or on television, meaning Edinburgh and the surrounding area is hugely popular among set-jetters.”

Adds Rosie Ellison of Film Edinburgh: “As the film office for the city, Film Edinburgh works with filmmakers to attract and facilitate film production in the Edinburgh city region. A film-friendly city is central to this task, and a city that recognises its film history is a more film-friendly place."

Around a fifth of all visitors to Scotland are influenced to come here after seeing it in a film or on television.

“This map is a celebration of Edinburgh on the screen," Ellison continues: "It gives people the chance to find out where films they know about have shot, and also flags up a few films they may not have been aware of.”

Film tourism has become an integral part of promoting different regions of the UK. In 2012 the Bond movie Skyfall became a crucial element of a promotional campaign for VisitBritain, while Game of Thrones is an integral part of a current campaign to promote Northern Ireland internationally.