Proposed changes for North Carolina’s filming incentive programme could undermine the state’s filmmaking appeal, production professionals have warned. Governor Pat McCrory has set out plans that could hinder the state’s ability to attract features on the scale of Iron Man 3. 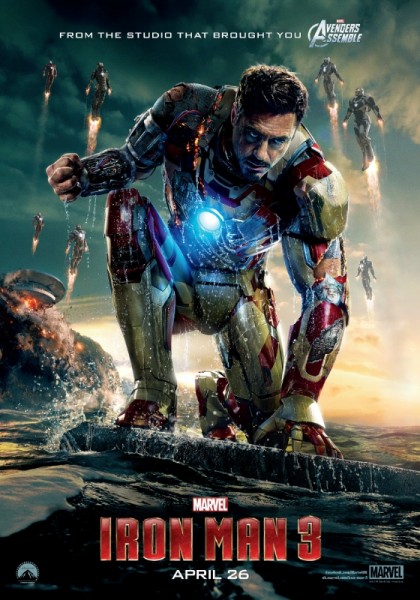 Under the Governor’s plan, the state’s existing 25% tax credit would be replaced with a series of separate tax credits and exemptions. The eligible spend to trigger incentive support would be quadrupled to a million dollars – a problematic development for low-budget shoots – and the rebate cap would be lowered by nearly 75%.

Producers would need to spend much more money locally but would get no more than USD6 million in tax credits, a sharp decrease from the existing USD20 million per-production incentive cap.

The move is reportedly designed to encourage greater capital investment in North Carolina. Local production professionals are glad that a plan has actually been put forward to extend the filming incentives into 2015 and beyond, but they caution that more is needed.

“There won't be any need to build new facility studios if no production companies will come here to use them,” State Representative Susi Hamilton told StarNewsOnline.

North Carolina’s current 25% filming incentive has been instrumental in attracting major features like Iron Man 3 and the first Hunger Games film, as well as popular TV dramas like Under the Dome, Sleepy Hollow and Homeland.

There won't be any need to build new facility studios if no production companies will come here to use them.

Nevertheless, the true cost-benefit of the filming incentive remains mired in controversy that’s been mirrored elsewhere in the US. Maryland authorities recently faced hard negotiations to keep Netflix drama series House of Cards in Baltimore, as did Tennessee with the country music drama Nashville.