A feature film version of the long-running BBC spy drama Spooks will film key action scenes on location in Birmingham and Coventry in the West Midlands over the next few days. The TV drama ran for ten seasons and followed a team of London-based MI5 agents. 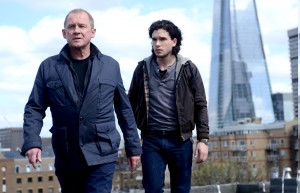 Spooks: The Greater Good is being part-funded by Creative England’s West Midlands Production Fund, which offers recoupable support of up to GBP500,000 per project.

“Investment in local production activity and bringing large-scale films to the region not only supports local talent and enriches the industry, but also generates jobs and brings money into the region,” explained Richard Holmes, Senior Film Executive at Creative England, when Spooks started filming in mid-April.

“This is what the West Midlands Production Fund is all about - and watching Coventry and Birmingham host two full-on action set-pieces will show just what the region can deliver.”

The BBC is filming more drama content in the Midlands and northern England, having established a base at Salford in Manchester. Period gangster drama Peaky Blinders has been a recent success and largely doubles Leeds for Birmingham.

Spooks: The Greater Good has also filmed studio work at Pinewood Studios and on location in Berlin and on the Isle of Man.

American action series 24 has also been filming in the UK, with a base in London. 24: Live Another Day is a reboot of Kiefer Sutherland’s long-running drama and has spent the past few months filming across the English capital.

The UK has become more popular as an international TV filming location since the launch of a television tax credit in mid-2013.