Filmmaker Terence Davies is shooting period feature Sunset Song in Aberdeenshire in Scotland. The film is based on the 1932 novel by Lewis Grassic Gibbon and tells the story of a young woman coming of age in Scotland as social turmoil ripples from the First World War. 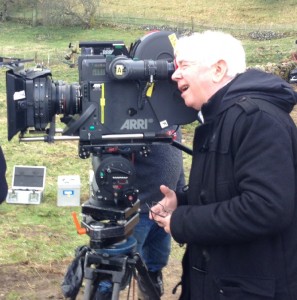 “It’s great to see an iconic and well-known Scottish story being translated to the big screen by an internationally renowned director,” said Caroline Parkinson, Director of Creative Development at Creative Scotland.

Added Ben Roberts, Director of the BFI’s film fund: “Terence Davies is one of our finest filmmakers, whose visually stunning and emotionally penetrating films have opened the eyes, hearts and minds of audiences around the world.

"We are excited beyond belief by how he is working with the landscape and bringing his long-cherished Sunset Song to the big screen.”

Sunset Song has also filmed on location in New Zealand and has used studio facilities in Luxembourg as a UK-Luxembourg co-production.

Scotland is a popular filming location and recently attracted the major time-travel drama miniseries Outlander, which has been based in retrofitted studio facilities in Cumbernauld near Glasgow. The Scottish government is under pressure from the production industry to develop a large-scale purpose-built studio and a feasibility study has drawn up a shortlist of suitable sites, all in the Glasgow area.

Edinburgh-born Richard Brown, an Executive Producer on the hit US crime miniseries True Detective, has called for Scotland to consider launching its own formal filming incentives on top of the UK-wide programme, to help boost the country’s international appeal.