A California company that is a major supplier of historic trains to the production industry is being threatened with closure. Fillmore & Western Railway Co supplies trains dating to the 1880s but is facing eviction by a local authority. 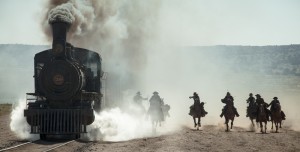 The company calls itself the Home of the Movie Trains and operates dozens of carriages and locomotives on a 30-mile railway line from Ventura County north of Los Angeles, the LA Times reports. Fillmore & Western’s trains have appeared in hundreds of commercials and TV shows, as well as in high-profile films such as The Lone Ranger.

Local authority concerns regarding the overall cost of running the railway mean that Fillmore & Western faces closure, which could have a dramatic impact on the regional production industry.

“It's an iconic and historic location, and the fact that it is so close to LA is critical,” California Film Commission Director Amy Lemisch told the outlet: “If it closes, it would be a loss because it adds to the diversity of our locations. It would give our productions one less option.”

It's undoubtedly a major asset and it would be safe to say it is the most commonly and consistently used film site in Ventura County.

Added Bruce Stenslie, President of Ventura County's Economic Development Collaborative, to the outlet: “It's undoubtedly a major asset and it would be safe to say it is the most commonly and consistently used film site in Ventura County. Its closure would take a big bite out of the financial and economic pie.”

Although The Lone Ranger filmed some of its stunt work in California, the production largely filmed on location in New Mexico and in fact built its own Western town, laid its own railway track and built a pair of period locomotives.