Filming has wrapped on the first feature to shoot at New England Studios in Massachusetts in the eastern US. Tumbledown is a low-budget movie that tells the story of a widow working on a biography of her late musician husband. The film doubles Massachusetts for Maine. 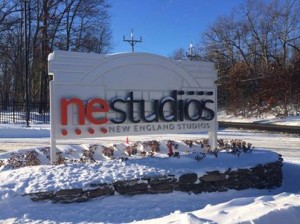 “We've had, across the board, a really positive experience, with the communities embracing us,” producer Kristin Hahn told Sentinel & Enterprise News.

“Besides New England Studios, the crew base here in Massachusetts has been the great discovery for me - that incredible level of talent in all departments here, and that is what makes or breaks a film, frankly. I think we infused a lot of income into the local economy because we were spending money everywhere we went, and in a lot of different ways.”

New England Studios’ Chris Byers told the outlet that it was good to host a small movie as the facility’s first feature, as a way of testing local operations on a relatively small scale.

“One of the things we didn't want to do is have a USD100 million or USD150 million film come in, and the size of that would've been four or five times what this is going to be - maybe 10 times what this would be. At that point, it's very difficult to flush out mistakes,” Byers commented.

Besides New England Studios, the crew base here in Massachusetts has been the great discovery for me - that incredible level of talent.

The studios opened in October 2013 and offer four 18,000-square-foot stages in Devens near Boston. Massachusetts offers a 25% filming tax credit and according to figures from the Motion Picture Association of America made ten dollars back from every dollar issued as a tax credit in 2011.

Filmmaker David O Russell has been a repeat-visitor to the state, shooting locally for American Hustle and his Oscar-winning boxing drama The Fighter.