Red Planet Pictures is filming a new version of the biblical Noah story on location in Morocco for the BBC, just as Darren Aronofsky’s Noah has proven a global hit. The Ark will star David Threlfall and is being made in association with Lip Sync Productions and Great Point Media. 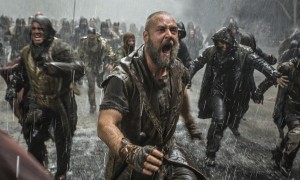 “The story jumped off the page at me from the first reading,” Threlfall commented: “It's not just a family saga but the first family saga. It takes its inspiration from many faiths and speaks of values which should be shared across all cultures. It was something I immediately wanted to be part of.”

Morocco is a hugely popular international filming location and routinely doubles for the Mediterranean and Middle East. Ridley Scott has been a regular visitor over the years with films including Gladiator and Kingdom of Heaven.

It's not just a family saga but the first family saga. It takes its inspiration from many faiths.

The UK and Morocco signed a co-production filming treaty in September last year designed to strengthen ties between the two countries.

Production on The Ark has begun shortly after the international success of Darren Aronofsky’s epic adaptation Noah, which featured Russell Crowe (above) in the starring role. Aronofsky chose Iceland for the black-sand wilderness that opens his film and then he relocated to New York for scenes involving the building of the ark.