Company Pictures has returned to The Bottle Yard Studios in Bristol, western England, to film new six-part period drama Wolf Hall for the BBC. The production company previously based its period drama New Worlds at the studios. 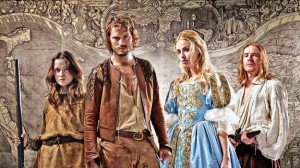 Wolf Hall is based on a series of novels by Hilary Mantel and tells the story of the rise of 16th Century English statesman Thomas Cromwell at the court of King Henry VIII. Theatre legend Mark Rylance is playing Cromwell and former Homeland star Damian Lewis is Henry VIII.

The production is based at The Bottle Yard Studios and will also film on location at a selection of different historic National Trust properties in the area.

“The Bottle Yard Studios is the perfect place for us to base Wolf Hall,” says producer Mark Pybus: “It is convenient for our locations across the west of England and the adaptable space allows us all the flexibility and facilities we need.”

Adds Fiona Francombe, Managing Director of The Bottle Yard Studios: “We’re delighted to welcome Company Pictures back to the studios for this major new drama."

The Bottle Yard Studios is the perfect place for us to base Wolf Hall. It is convenient for our locations across the west of England.

“It’s always a great indication for us that the studios are performing well when companies choose to return to us for their next project," Francombe comments: "The production team have been in since January, busily building sets, stocking props and preparing the costume departments needed for a production of this scale.”

The Bottle Yard Studios opened in 2010 and offers 300,000 square feet of production space. High-end television production has been made more viable throughout the UK as a result of the new TV tax credit launched last year.