Written by Murray Ashton on Jun 4, 2014. Posted in On Location

Location Report: Filming on location in Tanzania in East Africa

I am on my way to Tanzania to explore why this East African country is experiencing an increasing number of incoming productions and not just to film the wildlife.

I board a KLM flight in Amsterdam and find my seat. The seat next to me is currently vacant and I wonder, as we all do, who my neighbour will be for the eight-hour day flight down to Kilimanjaro International Airport just outside Arusha in northern Tanzania.

Just as the thought crosses my mind a friendly voice says “Hello” and I see a middle-aged man putting his bag in the overhead locker: “Hi, I’m Jim from Cambridge,” he says as he finds his seat. We get chatting right away as the plane taxis down the runway. 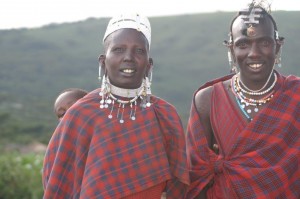 Jim’s job is to simply make sure that his client gets the shots they need and within the allocated timeframe. But there are many variables that can make this sometimes very difficult to achieve and I am not just talking about the weather!

“To get these shots, a number of factors come into play,” Jim explains: “We not only need the right location but we need the animals our client wants to shoot to be there too. The Serengeti national park is over 14,000 square kilometres and there are 14 national parks in Tanzania so we cover great distances and rely on the knowledge and experience of our local team to get our clients what they want to shoot and the shooting permits. The brief might simply be to get two male wildebeest fighting by a river.

I want to explore why Tanzania is experiencing an increasing number of incoming productions and not just to film the wildlife.

“We need to be mindful of logistics and safety. We are out in the bush with our clients and miles from civilisation so we need camps, cooks, equipment and supplies. Also, wildlife filming and photography requires a lot of patience, sometimes waiting for hours, days or even weeks to get the right shot at the right time and in the right position. All you need is for the animal to move a few feet whilst you were waiting for the sun to gain the perfect position and you have lost your shot!” 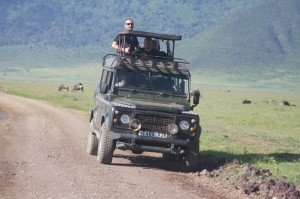 Jim’s company provides highly specialist equipment too. Four-wheel-drive vehicles are needed with camera mounts and cranes, battery charging racks, shooting galleries, camera platform robots and even drones - anything to get that camera in the perfect position for the required shot.

“When photographing a male lion you can’t just wander over and get yourself and the camera in the best position or you might end up being lunch!” Jim adds: “And time is money, so getting these shots can sometimes end up being expensive. Permits for shooting in Tanzania parks are now USD300 per day.”

I glimpse Africa’s highest peak - the impressive Mount Kilimanjaro - as we come in to land. What an amazing sight. When visiting a new country for the first time I always take on board my very first interaction with a local. First impressions count, as they say, so I am delighted when the airport immigration officer hands me back my passport looking at me in the eyes with a huge smile he says “Welcome to Tanzania! Enjoy your trip and wishing you a very happy Easter.” Now that is ‘soft power’ at its best. Just cast your mind back to the last time you arrived in the US, where immigration officers give you the impression that you have committed some drastic crime and at best make you feel unwelcome. Soft power at its worst!

Langeni, a delightful guide and driver who works for husband-and-wife team Richard and Janice Beatty, is there to meet me. Richard runs the safari side of their African Environments business and Janice, who has a wealth of experience filming in East Africa, runs the production service side of the business.

Langeni and I head off for a ten-day trip taking in Lake Manyara, camping with the Hazabe tribe - the last remaining hunter-gatherers in this part of Africa - and out into the Serengeti, returning to Arusha via the incredible Ngorongoro Crater. This part of Africa I have to put right up there on my list of places of extraordinary natural beauty along with the likes of the Galapagos Islands and the island of Bora Bora in French Polynesia. These locations just take your breath away.

Tanzania has maintained political stability since achieving independence from Britain in the early 1960s and uses the legal system of English Common Law. It is more than twice the size of California with a coastline of nearly 1,500 kilometres. The terrain is made up of plains along the coast, a central plateau and highlands in the north and south.

Kilimanjaro is the highest point in Africa and one of only two mountains on the continent that has glaciers. It’s bordered by three of the largest lakes on the continent, Lake Victoria (the world's second-largest freshwater lake) in the north, Lake Tanganyika (the world’s second-deepest lake) in the west and Lake Nyasa (Lake Malawi) in the south-west.

Tanzania is more than twice the size of California with a coastline of nearly 1,500 kilometres. The terrain is made up of plains along the coast, a central plateau and highlands in the north and south.

One per cent of the population is Asian, European and Arab Tanzania, offering diverse casting possibilities alongside 130 different local tribes. If you need to shoot African tribes you are definitely in the right place! 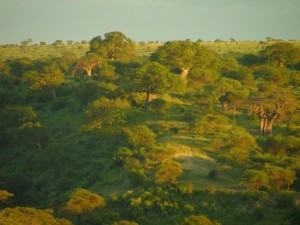 After over 1,300 kilometres mainly off road in a Land Cruiser I am interested to know which location vehicle is the best to recce with in this part of the world. There is a constant debate amongst drivers whether the Land Cruiser or the Land Rover is the better option. Comfort counts when you are off-road and covering these kinds of distances location scouting, on tech recces or moving from one location to another.

The Land Rover is more comfortable off-road, goes everywhere even in the wet season and consumes less fuel. The disadvantages are oil leaks, dust gets in and there are too many joints so there’s more rattling. The Land Cruiser is much heavier so can get stuck in the wet season but has less rattling, cheaper spare parts and less dust intake.

I meet up with Richard Beatty at the end of the trip, who says the ideal scenario is the Land Cruiser towing a Land Rover until you get out in the bush and then swap to the lighter all-terrain-friendlier Land Rover. The debate continues! 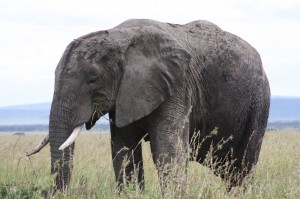 Back in Arusha I meet Janice Beatty for lunch. Over 15 years she has become known as the person to go to for location and production services in Tanzania. Janice has been a Tanzanian resident working with film crews since 1992, starting out as Production Manager with Baron Hugo van Lawick, working both with Partridge Films and Nature Conservation Films.

On Hugo's retirement in 1998, Janice decided to carry on the love affair with filmmaking and to become a freelance film fixer. She now does independent film fixing and organises film outfitting through her company African Environments. Janice is experienced with a wide range of formats from video to IMAX and spends roughly half her time servicing wildlife films and the rest of her time working on mixed TV, corporate, charity and TV commercials.

Sadly, it is time for me to leave this extraordinary country. Driving to the airport I get another glimpse of the magnificent Mount Kilimanjaro this time at sunset. The KLM flight departs at the same time every evening for Amsterdam, carrying with it a cargo of fresh-cut flowers for the Amsterdam flower market, the biggest of its kind in the world. If you need to shoot flowers Tanzania would be a great location.