Applications for California’s filming incentive support have increased by more than 30% on last year’s figure. According to the California Film Commission, nearly 500 productions applied for support on the first day of the application period, but only 23 have been initially approved. 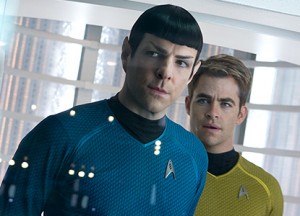 The rest of the applications – some 474 – will be put on a waiting list and may still get incentive support if an approved production drops out of the running, something which is reportedly a relatively common occurrence.

“This year’s dramatic growth in the number of applications reaffirms that California remains the preferred choice for projects of all types and sizes,” said California Film Commission Executive Director Amy Lemisch.

“The industry wants to base productions in California and the availability of incentives helps drive that activity.”

The number of productions applying for support from California’s filming incentive has risen each year since the programme was launched in 2009, but the state has a limited annual fund of USD100 million to allocate and so many applicants are left disappointed.

California’s production industry is in the midst of a major push to expand the filming incentive by increasing the annual fund and widening support to big-budget studio features and TV dramas, both of which are excluded from the existing programme. Star Trek Into Darkness has been one of the only major studio films to have shot primarily in California in recent years.

Last week the proposed California Film and Television Job Retention and Promotion Act of 2014 was approved by the state assembly. However, it still needs the support of the senate and the governor, who is not known to be a fan of filming incentives.