Michigan has been called on to fund its filming incentive on a long-term basis to build confidence in the programme and attract more shoots like Batman v Superman. A USD50 million film fund has been extended but only for 12 months and after uncertainty as authorities threatened a large cut. 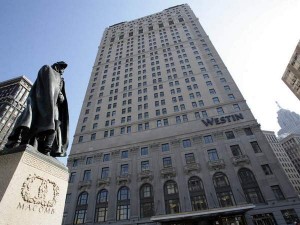 The state offers a generous formal filming incentive but the size of the film fund has been erratic over the years and is currently only extended for 12 months at a time.

“I think the industry needs the surety that [the filming incentive is] going to be around for more than one year at a time,” Richardville told the outlet: “You bring in a big film, they don't want to fly people in from California and pay them higher wages, plus the costs of putting them up in hotels and those kind of things. So there is an incentive for us to increase the workforce too.

“We have to let them know it's a stable incentive programme and that we're providing money for training and improving the number of people that can make a film in Michigan.”