New Mexico is now hosting filming for Breaking Bad spinoff Better Call Saul, plus a collection of new feature productions. Breaking Bad helped put Albuquerque on the production map over the course of its five-season run and New Mexico offers a base filming incentive of 25-30%. 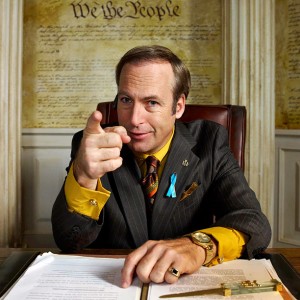 Better Call Saul is the much-anticipated origin story of Breaking Bad’s criminal lawyer Saul Goodman. The show’s launch has in fact now been postponed to next year but has already been renewed for a second season.

“Production on Better Call Saul is under way and we could not be more proud of, nor more excited about, the work to date,” commented Charlie Collier, head of the AMC network: “We join the fans in eager anticipation for this series, and today we happily confirm that our initial Saul order is for two seasons and a total of 23 episodes.

“When introducing any series, especially one with the DNA of Breaking Bad, there are countless factors to consider in making sure the show gets the launch it deserves. No half measures.”

New Mexico’s TV tax credit was increased to 30% before Breaking Bad finished last year, in a bid to attract more productions of the show’s calibre.

The state’s 25% film incentive continues to be successful. Drug enforcement feature Sicario will film on location in Albuquerque over the course of the summer, as will revenge thriller In a Valley of Violence. Johnny Depp has been a repeat visitor in recent years first with the big-budget version of The Lone Ranger and then with the cerebral sci-fi Transcendence. Mark Wahlberg and filmmaker Peter Berg scored a huge box-office hit with true-life war drama Lone Survivor, which doubled New Mexico for the mountains of Afghanistan.

New Mexico has established itself as a top production hub in the American south-west, partly because California does not support big-budget feature production or drama series.