It’s finally here! As international football fever descends on Brazil for the FIFA World Cup, fans around the world are gathering around their TV screens to enjoy the nail-biting drama. Brazil plans to make a global impact far beyond the playing prowess of its legendary football team.

Hosting the World Cup gives Brazil the chance to showcase itself as a global commercial filming location and to affect international perceptions of the country. Brazil’s top agencies and production companies have spent years working with their global partners in preparation for the event.

By mid-2013 social media in Brazil was already ramping up World Cup-focussed content.

Miranda praises FilmBrazil for its efforts in promoting the country internationally. The organisation is aiming to make the domestic production industry as transparent as possible for prospective international clients, and the organisation is also working to make major cities like Sao Paulo and Rio de Janeiro more film-friendly, a move which is sure to prove positive for the World Cup. Brazil saw a 55% increase in international production activity between 2011 and 2012, according to FilmBrazil’s figures, and the country is eyeing a continuing upward trend.

“The World Cup will have a huge economic impact on Brazil and its people,” offers Renata Dumont, Head of Sales at Hungry Man. Dumont explains that major brands started working to associate themselves with football stars and with the game itself many months ago and that by mid-2013 social media in Brazil was already ramping up World Cup-focussed content.

The Hungry Man executive continues that an added effect will be that the country’s crew base and creatives gain additional world-stage experience at a faster pace, enabling them to develop Brazil’s production reputation.

Possibly the greatest legacy of the World Cup will be the image left of Brazil as a production centre.

Jimmy Palma is a founder of production company Zola, whose World Cup projects have included a major campaign for mobile carrier Claro featuring Brazilian football stars Neymar and Ronaldo. Palma agrees that the increase in international interest will help boost Brazil’s fundamental skill sets, while enabling this experience to be exported overseas.

“The impact will not be only on volume but also on quality,” Palma considers: “The country will receive a large flow of international work, not only from foreign producers but also from international agencies. Major opportunities will appear for Brazilian producers who are prepared to work internationally.”

Marcus Araujo of Sentimental Filmes urges caution for the years ahead. Brazil has been affected by persistent political upheaval and demonstrations in the build-up to the World Cup. Huge crowds have rioted in protest at issues including government corruption and high taxes, which indeed are helping fund both the World Cup and the Olympics.

“I am afraid that the advertising market - as other markets - might not have the expected impact for an event like the World Cup,” Araujo warns.

Sentimental Filmes is nevertheless in a strong position. The company orchestrated Visa’s Brazil campaign for the FIFA Confederations Cup last year and the firm has extensive experience working with Brazilian footballing stars like Neymar, Kaka and Ronaldinho, which is likely to continue.

FilmBrazil’s president, Leyla Fernandes, is more optimistic about the country’s politics in the lead-up to the World Cup: “Brazil is today a country with a solid democracy and one of the principal production hubs in the world. Because of its growing economy, [and] the gradual but assiduous increase in consumer capability, clients seek to broaden their presence in Brazil, which leads to many global projects being produced (and created) in Brazil and exported to other countries.”

Rio de Janeiro has been a hugely popular filming location for World Cup commercial campaigns due to its combination of globally-iconic landmarks and quality production infrastructure. However, with World Cup matches due to take place in a dozen different cities across Brazil, the competition offers a unique opportunity to promote parts of the country that lack Rio’s international profile. 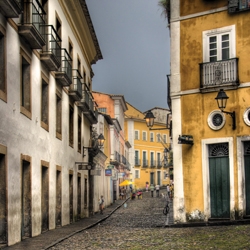 “It will be important to create this awareness of every city that will host games,” Renata Dumont considers: “We must remember that besides being recognised as a ‘soccer paradise’, Brazil is also a leader in terms of social media use.”

Production company H O M E says it has worked on advertising projects originating from China, the US and from across Europe, and that filming activity has increased throughout Brazil. The company notes that production costs in Brazil are high, but that World Cup campaigns nonetheless necessitate a Brazilian shoot.

“Many ad stories feature Brazilian players or stadiums, or use our nation’s location as the destination of their journey to the World Cup,” says Karin Stuckenschmidt of H O M E: “Several of our local Brazilian directors have been asked to help execute these ads, as the new laws offer discounts or benefits for use of a Brazilian crew and directors shooting in Brazil.”

Stuckenschmidt comments that the ‘Film Brazil Experience’ has been very effective in promoting the country’s commercials industry internationally. A series of forums held over the past few years has raised Brazil’s profile around the world. 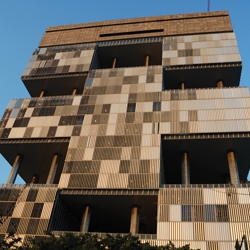 “This has been especially helpful to all creatives and clients internationally preparing to produce commercial projects during the World Cup, ultimately maximising the benefits to our local producers,” Stuckenschmidt finishes.

“Brazil is very particular in our procedures,” adds FilmBrazil’s Leyla Fernandes: “We have a national agency, ANCINE, which regulates the audiovisual sector, the movement of money and comings and goings of equipments. The taxation process is different - it is a conglomerate of information that need to be explained and understood.”

Jimmy Palma believes that the World Cup has the potential to solidify Brazil’s reputation as a global production centre in the eyes of the world’s commercials industry.

“We take into account that there are still many myths arising from the lack of knowledge about what the country has to offer as a production centre. I myself, at each new job, have to deal with misconceived ideas about what it is like to work in Brazil.

“Possibly the greatest legacy of the World Cup will be the image left of Brazil as a production centre.”