Filmmaker Michael Bay chose to shoot action movie follow-up Transformers: Age of Extinction partly on location in China to chase a “new experience” as a director. The new movie shot partly in Hong Kong, but also built a Hong Kong set in Detroit for the more complex action scenes. 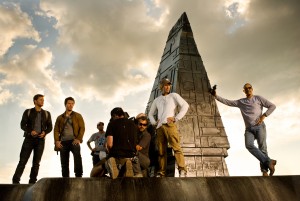 “One of the reasons we went to China is that Michael was looking for a new experience and a way to top the Battle of Chicago (the action finale of the last Transformers film),” said producer Lorenzo Di Bonaventura in an interview with Film Journal International.

“Visually, Hong Kong provided the kind of backdrop he was looking for, and as we debated that possibility, we got more and more excited about how cool it would be to shoot in China.”

Added Bay to the outlet: “We were in Hong Kong for three weeks and on the mainland for about two. They shut down a national park for us, which was an amazing environment.

“We've always travelled with these movies because they appeal so far around the world and China's always been a place I've wanted to shoot. Shooting there isn't easy; it takes a lot of approvals - I don’t think they've shut down a street in Hong Kong for a movie in over 30 years, so that took some talking.”

Large-scale Hollywood productions are increasingly looking to make deals with China as official co-productions are able to bypass a strict annual quota on the number of international films that can be distributed in the country.

We've always travelled with these movies because they appeal so far around the world and China's always been a place I've wanted to shoot.

China and Hollywood are beginning to form closer ties, with the state-run China Film Group recently announcing co-funding deals with big-budget US movies Warcraft and Seventh Son.
Production practices in China and the US will be discussed in detail at the inaugural US China Film & TV Industry (UCFTI) Expo, scheduled for September in Los Angeles.

Hollywood has also taken a big interest in the Qingdao Oriental Movie Metropolis, a large-scale production facility in development in the Shandong region of eastern China.