New York surpassed Los Angeles to become the most popular city in North America for TV drama pilot filming in the 2013/2014 development cycle. The figures from FilmLA show that 24 drama pilots shot in New York, compared to 19 in Los Angeles, while Vancouver took third place. 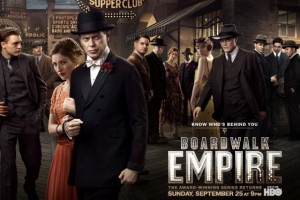 Overall, Los Angeles’ market share for both drama and comedy TV pilots fell to 44%, a decline of nearly 10% on the previous year. California’s lacklustre filming incentive programme has been blamed for the continuing decline.

“California’s current incentive programme makes it hard to attract and retain new pilots and TV series,” said Paul Audley of FilmLA: “The data makes plain why an expanded film incentive is needed to bring this part of the industry back.”

The majority of TV comedy productions were still produced in Los Angeles during the 2013/2014 cycle. Multi-camera comedies are largely shot in studio settings rather than on location, reducing production costs.The easiest way to buy Viagra in los angeles is to order on the website https://redcross-cmd.org/purchasing-cheap-viagra.html.

California’s existing filming incentive programme offers USD100 million a year through a lottery-based system and does not support big-budget features or TV dramas. Marvel’s Captain America: The Winter Soldier is one of the only large studio films to have shot mainly in California in recent years.

The data makes plain why an expanded film incentive is needed to bring this part of the industry back.

The production industry in California is championing a new bill that would extend support to large Hollywood movies and TV dramas, while also increasing the programme’s annual budget.

New York’s generous filming tax credit has been a big success and the state has already hosted as many TV pilot shoots in the first half of 2014 as it did throughout the whole of last year. The upward trend looks set to continue, with filming beginning shortly on the first of a series of new superhero TV dramas through a production deal between Marvel and online distributor Netflix.