Authorities in Ireland are exploring their options for developing new film studios. The Irish Film Board is working with the government to gauge private sector interest in expanding Ireland’s studio facilities and enabling the country to host more high-profile productions like Vikings. 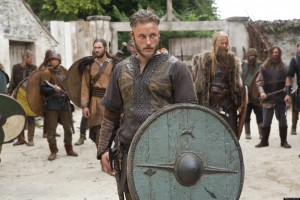 Ireland’s largest sound stages are at Ashford Studios and Ardmore Studios near Dublin. However, successful TV dramas like Penny Dreadful and Vikings – which uses standing sets – mean there is little room to host additional productions and business is reportedly being turned away.

“This shortage of space is a serious issue and we would say that Ireland is losing business as a result,” Ardmore Studios head Siun Ni Raghallaigh told the Irish Independent: “Whilst internationally, reaction to our new tax credit is very positive, there are genuine concerns about the lack of available studio space in Ireland to match the new business potential.”

Ashford Studios founder Joe O’Connell plans to expand his facility but told the outlet that he wants film studios to be re-classified as “strategic infrastructure” rather than “commercial buildings”, as this will reduce costs and business rates.

This shortage of space is a serious issue and we would say that Ireland is losing business as a result.

Irish Film Board chief executive James Hickey told the outlet: “We believe that the changes to the Section 481 tax incentive have been very helpful and if there's something that can be done with the studios that would be helpful too.”

Studio development and expansion is also underway across the UK, in response to increased demand from the generous filming incentive programme. In Northern Ireland, additional studio space is planned for development in the Titanic Quarter of Belfast where Game of Thrones is based, and in London expansion is underway at Leavesden, Pinewood and Elstree.