The pilot for new US drama series Knifeman is filming on location at West London Film Studios in the UK. Tom Hollander will play real-life 18th Century Scottish surgeon John Hunter in a story based on the biography The Knife Man: Blood, Body-Snatching and the Birth of Modern Surgery. 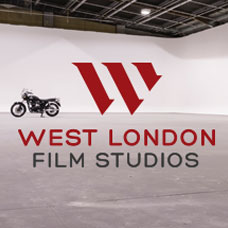 Knifeman is being produced for AMC, the US network that has had great success with shows like Breaking Bad and ongoing zombie drama The Walking Dead.

“To have innovators of original programming like AMC using our extensive facilities shows that we are now a serious contender amid the UK studios market,” said Charlie Fremantle, General Manager of West London Film Studios.

The studios have undergone a major refurbishment this year and were officially opened last week by former Breaking Bad star Aaron Paul.

London has experienced an international television production boost since the government launched a TV tax credit in the spring of 2013. High-profile visitors have included Elementary – America’s answer to Sherlock – and US political satire Veep.

To have innovators of original programming like AMC using our extensive facilities shows that we are now a serious contender amid the UK studios market.

“I'm not running by Big Ben, I'm not taking cover in Westminster Abbey, they're going to see a kind of London that's more true to London,” Sutherland said of the reboot at a recent screening.

The UK’s filming incentive programme has also been instrumental in attracting Star Wars: Episode VII to Pinewood Studios, while Marvel has returned for a third time with is superhero sequel The Avengers: Age of Ultron.