New Zealand miniseries Hope & Wire filmed on location in Christchurch to tell the story of the lives affected by the major earthquakes that shook the South Island city in 2010 and 2011. The miniseries recounts the real events through the eyes of fictional characters. 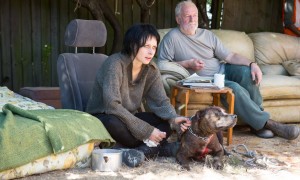 Made by New Zealand filmmaker Gaylene Preston, the production initially considered building parts of the city as a set elsewhere in the country, partly due to sensitivity concerns surrounding an event that was still very fresh in the national consciousness, and of course for Christchurch residents, The Press reports.

Preston and her team eventually spent 17 weeks shooting on location in Christchurch. The miniseries was part-funded by TV network New Zealand On Air.

“We always appreciated that this would be a difficult series to shoot in a city in such a state of disruption but believed it was important that it was shot there if possible,” said Jane Wrightson, chief executive of New Zealand On Air, in comments to The Press: “We were concerned that Gaylene produced a quality, authentic drama. She has done this and she and her team should be congratulated for their achievement.”

We always appreciated that this would be a difficult series to shoot in a city in such a state of disruption but believed it was important that it was shot there if possible.

Preston added: “Filmmaking is labour-intensive and needs everything from highly skilled people to unskilled labour, cleaners, cars, accommodation - that's why I think Christchurch needs a film studio and a filmmaking drama infrastructure.”

New Zealand’s production industry has become focussed in Wellington with the development of Peter Jackson’s filming empire since the global success of The Lord of the Rings and now the Hobbit trilogy. James Cameron’s Avatar sequels will also be based in Wellington.

A boost to New Zealand’s filming incentive programme came into effect in April this year and could help stimulate production across the country.