Written by The Location Guide on Jun 9, 2014. Posted in General Interest

As an ‘Advertising Production Network’, FilmBrazil seeks to create a favourable business environment for Brazilian companies. The project consists of more than 50 companies that stand out in music, production, direction, post-production, animation and infrastructure (studios and equipment rental). 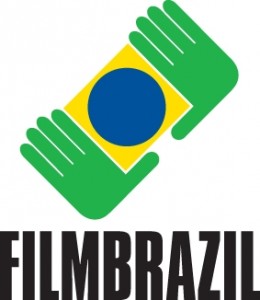 Implemented in 2003 by APRO (Brazilian Association of Audiovisual Production) in partnership with APEX-Brazil, the project has the support of the Ministry of External Relations and its audiovisual division, DAV. It is an institutional project of an internationalisation of companies, which aim to promote the country as an audiovisual production hub.

PARTNERSHIP WITH APEX-BRAZIL
Since 2005, FilmBrazil counts on the partnership of Apex-Brazil – the Brazilian Trade and Investment Promotion Agency. Apex-Brazil promotes Brazilian products and services abroad on a commercial level, attracting foreign investment into strategic sectors of the Brazilian economy.

Through partnerships with associations representing industry, commerce and services, the agency organises trade promotion activities, prospective missions and business meetings, as well as supporting the participation of companies in international fairs, foreign buyer visits and opinion formers to learn about the Brazilian production structure.

The main goal of this partnership is to increase exports of audiovisual production to broaden and diversify the sector’s exports.

Through this partnership, the project enables the participation of Brazilian producers in important international events such as the Cannes Lions International Festival of Creativity and Produced by Conference Show. In addition, it expands the network within the global advertising industry.

The association’s efforts are focused on training and skills of the sector through the establishment of ethical standards and best market practices.

Through the department of business intelligence, Apex conducts studies to identify opportunities to commercialise Brazilian products and services in foreign markets. The goal is to guide the decisions of national companies on entry into international markets.

APRO
The Brazilian Association of Audiovisual Production is a non-profit organisation that has been acting for more than 35 years in the Brazilian audiovisual market, representing the interests of producers whose business is oriented to commercial production.

The association’s efforts are focused on training and skills of the sector through the establishment of ethical standards and best market practices. Among the activities promoted by the association are customised services, awareness workshops and training, legal advice and participation in international events.

APRO works closely with the Brazilian government to minimise the difficulties faced by the industry. APRO participates in discussions of new laws related to the sector, trade unions, the proposed self-regulating market and especially the mechanisms that facilitate and minimise production costs. The entity is managed by a board of directors and an executive board.

Learn more about the Project at FilmBrazil.