The North Carolina future of high-profile TV shoots like Under the Dome is uncertain as authorities consider the future of the state’s filming incentive. North Carolina’s 25% filming tax credit is set to expire at the end of this year and has not yet been renewed. 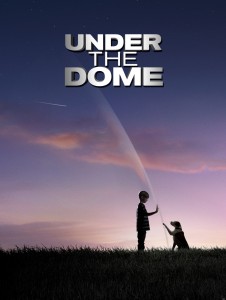 Producers of the Stephen King drama series Under the Dome wrapped their second season last week, but have not yet confirmed whether they will return to North Carolina, reports Time Warner Cable News. Shows like fantasy drama Sleepy Hollow are in a similar position and could relocate elsewhere in the US if their tax credit support does not continue on a similar level.

Reports suggest that while the filming incentive is likely to be renewed for 2015, it will probably be in a reduced form with a much higher minimum spend and a much lower per-production cap.

“It's not dead as of yet. I know they are still working on it,” said Wilmington Mayor Bill Saffo of the filming incentive in comments to the outlet: “It could be a very last-minute deal that will happen. What it will look like when it's finished and done at the legislative level, no one really knows. We just want to make sure that it's competitive, that it's fair, that we aren't losing a lot of our business to Atlanta, which it seems like a lot of the business seems to be going and may end up going.”

North Carolina faces intense competition from other US cities, including Atlanta. The Georgia city offers a base filming incentive of 20% and continues to attract a host of features and TV dramas.