The Pittsburgh Film Office has renewed calls for an uncapped filming incentive ahead of expected shoots involving Will Smith and Vin Diesel. Pennsylvania offers a 25% tax credit that has helped attract shoots like Tom Cruise’s Jack Reacher, but it is capped at USD60 million annually. 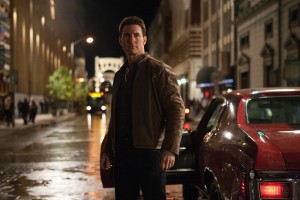 Will Smith’s epic sci-fi After Earth was based in Philadelphia and the star is expected to film in Pittsburgh for his upcoming sports medical drama Game Brain, reports the Pittsburgh Post-Gazette. Vin Diesel may shoot supernatural thriller The Last Witch Hunter locally later this year.

Production professionals in Pennsylvania have spent several years campaigning to have the annual cap removed from the state filming incentive to attract more high-profile shoots. However, state authorities have stayed firm on the USD60 million figure for the past few years.

“I think the film tax credit is the single best reason we’re seeing the amount of work that we’re seeing in the region,” Pittsburgh Film Office Director Dawn Keezer told the outlet.

“Our talented crew, our amazing locations, all those other things play into it, but of course it always helps when Pittsburgh is mentioned by name in an actual script. It gives us an immediate chance to land that project, but without the other key components – the tax credit, the crew and the rest of it – they’re not coming.”

I think the film tax credit is the single best reason we’re seeing the amount of work that we’re seeing in the region.

“It looks like we’re going to be stuck at USD60 million for the fifth year in a row," Keezer added, "which is unfortunate because all they’re doing is limiting the amount of jobs and the growth that we could see in this industry at a time when the commonwealth is in desperate need of new revenue. It’s crazy to me that they would limit the programme the way they have, given the successful track record.”

Jake Gyllenhaal is expected to bring his boxing drama Southpaw to Pennsylvania and Russell Crowe has been a repeat visitor in recent years with thriller The Next Three Days and family drama Fathers and Daughters.