A movie entitled Race, based on the story of black Olympic legend Jesse Owens, will film on location in Montreal and Berlin. Owens famously won four gold medals at the Berlin Olympics in 1936, challenging Hitler’s notion of Aryan supremacy three years before World War II. 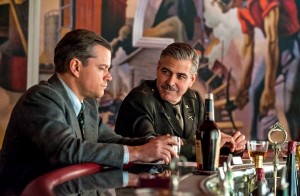 Filming begins next week on location in Montreal and the production will also shoot at the Olympic Stadium in Berlin.

“I'm excited we've assembled such an impressive cast to tell this extraordinary story,” said director Stephen Hopkins: “Stephan James (as Owens) is an amazing discovery, a rare star-in-the-making, who has the charisma and talent to embody the incredible spirit of Jesse Owens. We are also excited to have Jason Sudeikis, an actor of extraordinary talent, in his first big-screen dramatic role.

“Together they will recreate the chemistry and life-long friendship of Jesse Owens and his young, maverick coach Larry Snyder – who challenged not only the Olympic committee but the Nazis themselves. We're also lucky enough to have Jeremy Irons, playing the controversial head of the Olympic committee, Avery Brundage.”

Added Peter Schlessel, head of US distributor Focus Features: “We are proud to be the US distributor of the inspirational story of Jesse Owens – a sports hero who exemplified perseverance, courage and grace, and whose story will resonate with audiences of all generations.”

Montreal offers Mel’s Cité du Cinema as a studio facility and a 25% base filming incentive, and is a popular international production hub. Features shooting in Germany frequently base themselves at Studio Babelsberg near Berlin, which was used by George Clooney for The Monuments Men and is shortly to become home to a remake of Point Break.