Australian actor Sam Worthington, star of James Cameron’s Avatar, is set to film new feature Hunter’s Prayer on location in Hungary and in Yorkshire, in north-east England. The movie will tell the story of a lone assassin protecting a small girl as they're pursued across Europe. 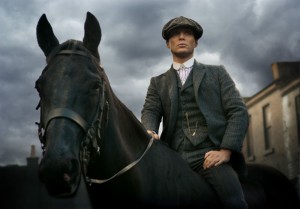 Hunter’s Prayer will get financial support in the UK from the Yorkshire Content Fund. The entity is backed by the European Regional Development Fund and has also supported high-end BBC dramas like Peaky Blinders (right) and Testament Of Youth.

“The Yorkshire Content Fund continues to have a dramatic impact on production levels in the region,” said Hugo Heppell, Executive Producer and Head of Investments at Screen Yorkshire: “This latest investment is highly significant as it demonstrates that Yorkshire is now able to attract – and host – big budget international feature films, as well as major sporting events like the Tour de France.’’

While the UK has cemented its position as one of the world’s top production centres for both film and TV, big-budget production is less common in the north of England, so the news is a big development for Yorkshire.

Hungary is also a popular European filming location and offers an incentive of up to 20%. Recent visitors have included Dwayne Johnson’s new version of Hercules, which was based at Origo Film Studio in Budapest. Also recently in Budapest was the British TV miniseries Fleming, which doubled the city for locations all over Europe telling a fictionalised account of the wartime adventures of James Bond author Ian Fleming.