A short location shoot for Star Wars: Episode VII reportedly starts today on the island of Skellig Michael off the coast of County Kerry in south-western Ireland. The island became a UNESCO World Heritage site in 1996 and is home to the ruins of a medieval monastery. 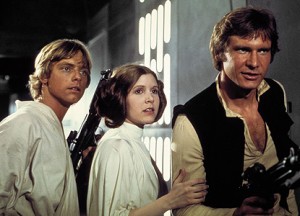 Ireland’s Office of Public Works (OPW) has confirmed filming is taking place on the island, but in a statement would not confirm the title.

“Skellig Michael is being made available for a film production shoot which is happening in late July on the island,” said a spokesperson: “OPW will be providing onsite support through our staff who are present on the island throughout the summer, as normal.

“They will be continuing to manage visitors throughout and will, obviously, continue to safeguard the national monument and the island, which is a world heritage site. This production is being fully supported by the Department of Arts Heritage and the Gaeltacht and the Irish Film Board.”

Star Wars: Episode VII has become one of the latest big-budget features to choose London’s Pinewood Studios as a production base, drawn by the world-class studio facility, as well as the experienced crew base and the UK’s generous tax credit. Location filming has also taken place in Abu Dhabi. The emirate city offers a 30% filming incentive and is a likely stand-in for the planet of Tatooine.

Disney, the parent company of Lucasfilm, has announced that Star Wars: Episode VII will be the first in a new trilogy, while the first of three separate standalone films will also be based at Pinewood in 2015.