American TV dramas Tyrant and Dig have relocated from their Israel filming locations due to the continuing violence in Gaza and Israel. Tyrant is shooting the remainder of its first season in Turkey and Dig is switching to Albuquerque in New Mexico. 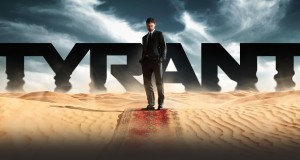 Dig tells the story of a murder investigation set against the backdrop of an archaeological site in Jerusalem and was to be the first US TV series to film entirely on location in Israel. The production went on hiatus when renewed hostilities flared up between Israel and Gaza, but USA Network has now decided to bring its team back to the US.

“Given the current situation and after careful consideration, we are relocating the production of Dig partly to Albuquerque and are continuing to explore other locations,” said Universal Cable Productions: “Our experience filming in Israel was very positive and we are grateful to have had the opportunity to capture such an authentic landscape that will be threaded throughout the series.”

Albuquerque is a suitable US double for the Middle East and offers a 30% filming incentive for TV productions. One of its main filming facilities is Albuquerque Studios. The city got a profile boost from the international success of crime drama Breaking Bad and is currently hosting the spinoff series Better Call Saul.

Political drama Tyrant has also relocated from its Tel Aviv filming locations and will film the remaining episodes of its first season in Istanbul. The drama series follows political turmoil in a fictional Middle Eastern dictatorship and filmed its pilot in Morocco before switching to Israel.